Tony Dork's latest single is exactly what we've come to expect from the band - fried garage punk that gets right in your face. 'Quarter Life Crisis' has been floating around on the internet for a few weeks now and we're stoked to finally throw it a bone.
‘Quarter Life Crisis’ wastes no time in getting started. We’re immediately hit by some pummelling drums and a surf rock bass line, and somehow the track still manages to bring things up a level with some blistered guitars. As soon as frontman Jamie’s manic yelp comes in, it’s clear they’re not here to fuck around, despite a few na na nas in there for good measure. Everything’s at full pelt as the chorus hits, which somehow manages to sneak some catchy hooks in there amongst the noise. Complete with a classic punk breakdown in the middle plus the line “and then my boss went and punched me in the face”, ‘Quarter Life Crisis’ is a brutal burst of energy for all the drunken 20 somethings out there. We caught up with the boys from Tony Dork to chat about the new single.

TJ: Ay Tony Dork. Who are you?

TD: Yooo we’re just your average four-piece try hard punk band born out of the south east suburbs of Melbourne. We began having no clue at all what we were doing (still don’t) and didn’t really know anyone in the scene at all. Lachie (bass) and I (Jamie) started writing songs at his house and recruited our mates with actual talent to play - Byron on guitar and Will on tubs. We then started jamming in our shed in Cheltenham and BANG - rock history was changed forever. We honestly never thought we’d ever play a show, but then we started actually playing with bands we legit listened to so we were stoked.

Tell us a bit about ‘Quarter Life Crisis’.

The song was recorded by Calum Newton (Lunatics on Pogosticks) in his lounge room in Footscray. The truckie neighbour came over and had a go at Cal while we were recording that day actually. Thought he was gonna bop him one - so good. The song itself is just a bit of a piss take on complaining about getting older and having to start working proper 9-5 adult jobs and that, but you’re still out doing dumb shit with your friends all weekend.

We actually had no real plan for the video, just thought we’d wear suits to the pub and pretend to be those older weird dads you always see at your local. Didn’t think it would be that well received at all - cheers if you watched it!

The new clip has some pretty classic pub fun. You got any good pub stories for us?

Ahah fuck I know there are tonnes but can’t think of many off the top of my head. There was one time at our teenage local pub in Sandringham this rich old dude kept hanging out with us and buying us beers. He then followed us when we left for the next pub and was trying to seduce each of us back to his house for a bottle of red. We had to leg down the road to get away from him. Turns out it was our mate’s doctor or some shit. Hectic!

Lachie was also once playing trivia at the pub and tried to score more points for his team by drinking a jug full of sardines or something. Ended up projectile munting all over everyone’s food and beers. So embarrassed he got up and walked straight home.

You've been playing around Melbourne for a little while now, and played alongside some pretty sweet bands. Any favourite acts and venues?

Yeah we’ve been playing at venues for just over a year now. There are way too many to name! All of us love Gee Seas though. Adam’s vocals sound like your classic Aussie bloke that’s been chain-smoking and chuggin beers since prep. Best pub punk ever. Stoked to have them on our single launch. There’s also all our mates like Horace Bones, Public High, Jonny No Love, Chillers - and obviously bands like Drunk Mums, Tyrannamen, Miss Destiny, Bench Press. All so sick.

As for venues - Woody’s is our fav for sure! Such a good dive bar. Stage is on the ground so you're right up with whoever is watching. Also drinks are dirt cheap and Bryony who runs is an absolute lord. There’s also 5 buck parmas at the fancy joint below.

Definitely putting out an EP at some point, recording again very soon and we’re so keen to make some more videos. Fun as. We have some real good shows coming up in the next couple of months we’re all keen for so looking forward to those I guess. We wouldn’t mind doing a couple shows up the coast around Byron Bay and Brisbane and that. Heaps of good bands we like come out of there. So someone hook us up!! 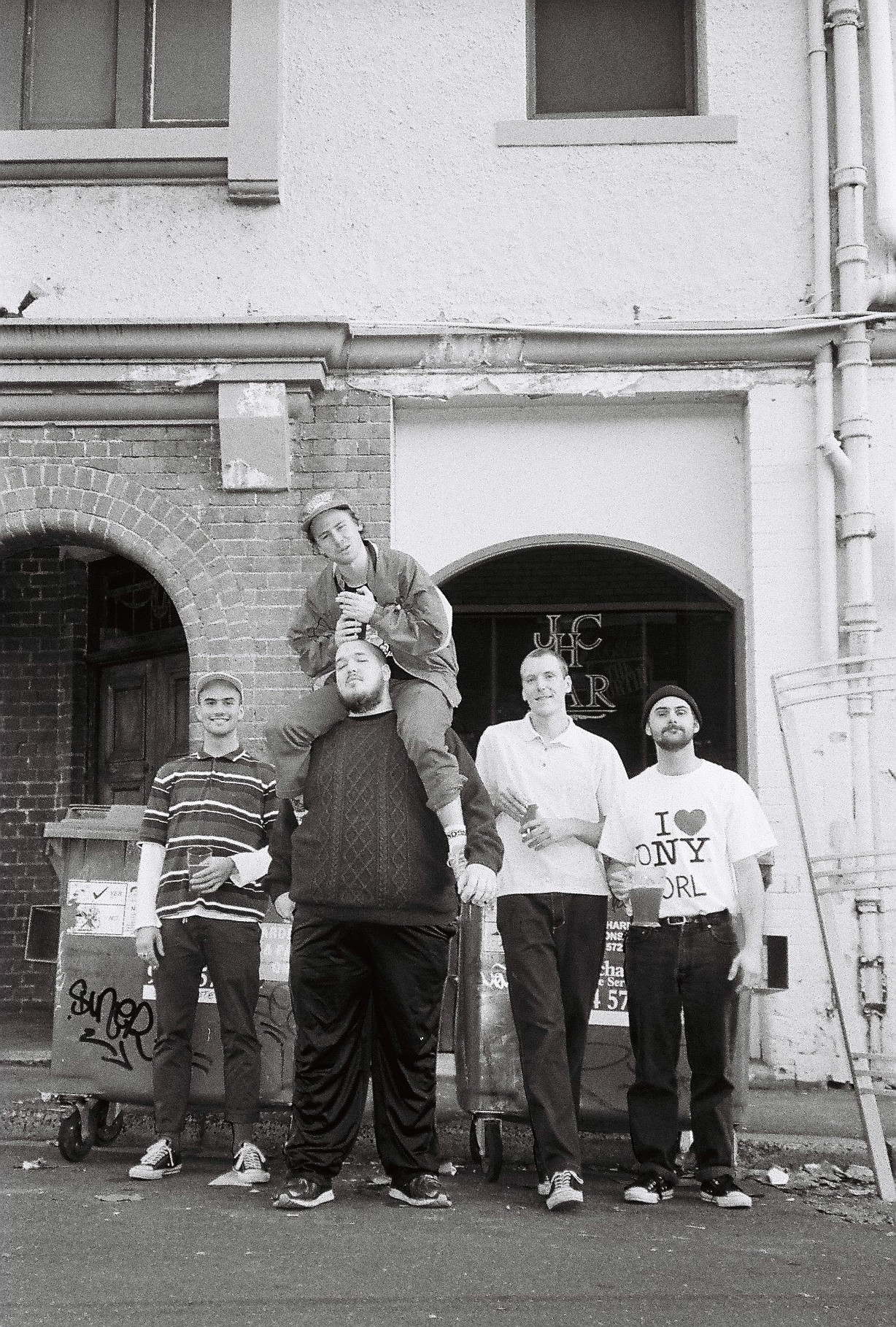