Skip to content
Music / Premieres
Premiere: Astral Skulls -
Light Noises
Words and interview by James Lynch
Tuesday 3rd July, 2018
We’re stoked to premiere the new single from Melbourne post-punk act Astral Skulls - ’Light Noises’ is a volatile cut of noise-pop that feels as powerfully poignant as it does sinister.
Since 2014, Kurt Eckardt has been consistently releasing freaked-out punk explorations under the name Astral Skulls, and while the project has developed and grown over the years, his latest offering ‘Light Noises’ marks the closing of a chapter and opening of the next - as his final solo release before taking the project down a more collaborative road. Appropriately so, the track is so direct and candid that it plays like an invitation into Kurt’s psyche, a fitting way to send off his solo project.

Kicking off with a blown-out drum track, ‘Light Noises’ opens itself up with an atmospherical guitar and some fuzzed-out undertones. The track quickly takes on an unsettling groove, that feels hypnotic and jarring at the same time, and chugs away consistently for the remainder of the track. Although the dynamics remain relatively unmoving, it’s Kurt’s sincere vocals that take control and shape ‘Light Noises’. With his deep, unaffected voice, he builds a dark and brooding scene, and as each line passes, the track seems to grow more and more intense. Despite the unchanging instrumentation, the song hits its tipping point as Kurt sings “you just fade away from me”, and when the backing suddenly stops, you’re hit with a jolting sense of relief that almost feels like waking up from a bad dream.

We had a chat with Kurt to find out the story behind ‘Light Noises’ and what’s to come next for Astral Skulls.
For the uninitiated, who is Astral Skulls?

Astral Skulls is a project that I started in my bedroom in 2014. I put a few things online, and once I added guitars it kind of found its place. I put out a 7” and then an album called contact:light in 2015, which was all about outer space, and space was a running theme for a while there. For the album tour, my partner Kalindy started playing synths live and eventually started doing some back up vocals. She’s played live in Astral Skulls ever since and has helped with the writing and recording process heaps.

As of April this year, Astral Skulls has been a 4 piece. With the addition of live drums and bass it’s taken on a whole new sound, so while we’re still playing songs I’ve brought to the band at the moment, the new band members have really added to the direction and focus of those songs and we’ll start writing more collaboratively as of now. The bass player is Gemma from Mares, No Sister, and many more bands, and the drummer is Hamish who plays in Eat Man, Muscle Mate, Burger Chef and more. It’s soooo much fun playing with a full band!

What’s the story behind ‘Light Noises’?

Well, it’s a bit different to typical Astral Skulls stuff as it’s super personal – usually my lyrics are a bit obscure, or analogous or subtle, but ‘Light Noises’ is about something really specific. It was written about the death of my Dad which happened a little while ago. I was in Melbourne and he was in hospital in Brisbane for a while before he died. While I visited as often as I could, being away from my family at that time was super hard.

‘Light Noises’ is really about the feeling that while all you want in the world is for everyone you love to live forever, sometimes it might be better for them (and for us) to let go. It's something that's not talked about very often, but if you've been in a similar situation you might know where I'm coming from. I battled pretty hard with feelings of guilt surrounding these thoughts, and the fact that I wasn’t there when he died. The name, ‘Light Noises’, is actually taken from a photo that I took, which I used for the cover art. Someone had written it on a fluro light in a laundromat in Preston. Those words just remind me of the sounds of those hospital rooms, when the person you’re visiting is hardly even with you – they’re asleep or worse - and you just notice all the bleeps and buzzes and whirring sounds in the room around you. It almost becomes deafening.

You’ve mentioned you’ve got a bit more music on the horizon, but this single is to be a completely stand alone track. Why’s that?

‘Light Noises’ is a song that was going to be on the second Astral Skulls album, but I’ve decided to keep it separate for a few reasons. Mainly, I just can’t let go of the drum track, I just like it a lot, whereas the new album will feature live drums. It’s also that because it’s so personal, it doesn’t feel as appropriate to include it on what will be a collaborative release. Just kind of one last solo song before the next stage of the band, which is going to sound pretty different!

Alongside Astral Skulls you’re also a pretty prolific music photographer and half of Hearts and Rockets. How do you find time for everything?

I don’t!! Geez I’d get so much more music out if I left myself a little bit more time. I also work full time at PBS FM and run a label (Psychic Hysteria) which puts out a couple of releases each year so I’m constantly working. If I’m not at a computer doing some promo for an upcoming release I’m in the studio writing or recording songs. Photography has had to take a bit of a back seat this past few months, I mostly do it for fun anyway. I guess it’s just about being organised and prioritising things, and trying to work on one project at a time. For example, the weekend just gone was about getting this Astral Skulls single out, next weekend I’m recording the next Hearts and Rockets 7”, and through the week I’m working on the next release for Psychic Hysteria which we’re announcing Wednesday.

How’s the rest of the year shaping up for Astral Skulls?

We’re launching the ‘Light Noises’ single on Monday July 16 in Melbourne at Northcote Social Club with Other Places, ATOM and Activities of Daily Living, then taking a bit of a breather while we work on a new set. I’d like to release an album with the full band early next year so we’ll get to recording that in the next few months. I actually have an album written and half recorded, but we’ll see where the new line up takes those songs before we decide which way to go. 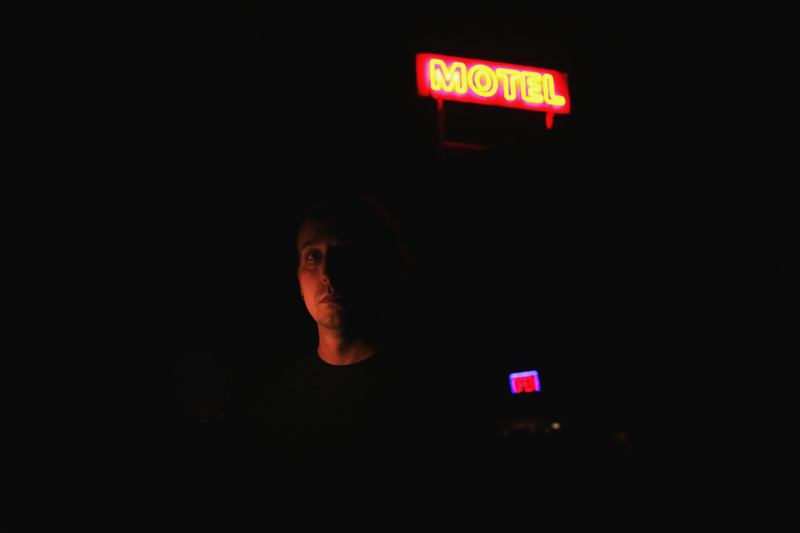