Skip to content
Music / Features
love, life, loneliness, death -
Chatting not forever with Tram Cops
Words and interview by James Lynch
Thursday 15th November, 2018
Trouble Juice have started getting more and more emails in lately, and I often find myself apologising because we just don’t have the capacity to feature everything that comes in, and as a general rule I try to prioritise new music over stuff that’s already been released. But every man has his price, and as it turns out, mine is Tram Cops. Their second album not forever came out last Friday and when Michael hit me up asking if we could run something for it, I found it pretty hard to say no.

But that’s because the new album is really, really good. Across the 30 minutes of not forever, we’re taken on a journey through meandering lo-fi pop, freaked-out jazz and sprawling psychedelia, with the band tackling some heavy themes in their endearingly unassuming way. At times it’s woozy and homely, others careening and moody, but despite the unpredictability it never feels incohesive, all tied together by Michael Vince Moin’s iconic warble and undeniable charm. To celebrate the release, Mike and I had an equally erratic conversation to get a bit more insight into the man behind the mystery of Tram Cops.
TJ: Gday Tram. Back in February you gave us one of our weirdest track-by-track interviews ever, what makes you think we'll have you back?

I'm actually writing these questions on the tram and only just noticed the irony. Is that even irony?

The new album sounds good! Despite the album being pretty varied there is a very clear sound, although I can't really pinpoint what it is. What's the secret?

thanks! a magician never reveals his it’s the beach boys

I also noticed you like to keep your song titles all lowercase. What's your relationship with grammar and punctuation?

I might have told you this before but ‘coming up’ is my alarm song. Is that flattering or offensive?

So there's this pitchfork video of Mac DeMarco where he talks about bullshit wasabi being not hot anymore, and I kinda feel that. Anyway I got some sushi earlier and layered on the wasabi expecting it to be kinda weak. It wasn’t, but I kept my cool. Thoughts? 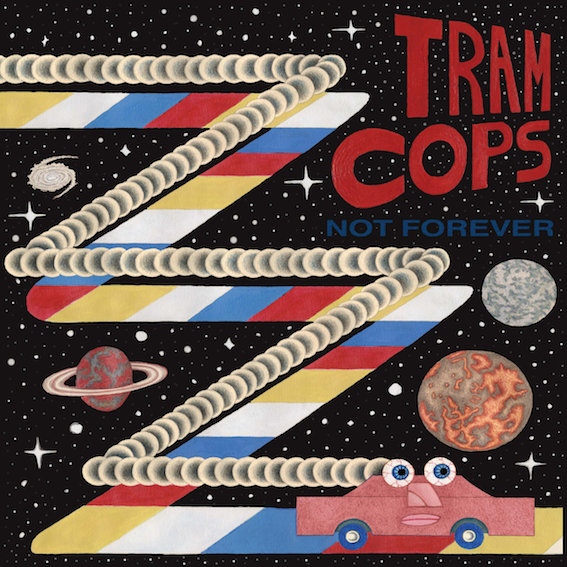 How'd you separate the songs for this album and even in my dreams, since they've come out pretty close together? Or was it a write as you record type job?

i recorded the tracks for not forever between march and june this year. you can kind of hear it, that i wanted to finish this record quickly. there’s a nervous energy to it that’s audible and for me at least, exciting.

When you do those little jazzy songs with guest players, is that them just doing their thing or are you still calling some of the shots?

i tell them the chords sometimes

You've mentioned you've got a few more albums on the horizon, any idea what's to come? Any music that's not yours you'd like to talk about? Maybe a song by a band whose name rhymes with Matt Dammock?

tram cops forever! we have a big/good 12 months coming. yes, jackson phelan’s indie rock project rathammock have delivered in 'june' the best song of the year. it seems appropriate that i met jackson at miss katie's crab shack within the now defunct ding dong lounge. i believe in jackson and rathammock, i think he is the best young songwriter in the country and i am really excited for their future.

There are a lot of great bands in Melbourne, want to pick favourites?

dude, i always get bummed out when i see bands list their faves and your own band doesn’t make the cut lol. i dont want to upset anyone. but also rathammock

what i can tell ya tho, is that there is a lot, like, a huuuuuge amount of amazing music in melbourne atm. blessed and thankful for the constant inspiration. so many amazing yung bands. i always say this - i think melbourne is the best city in the world to be making music rn, there’s something going on here! 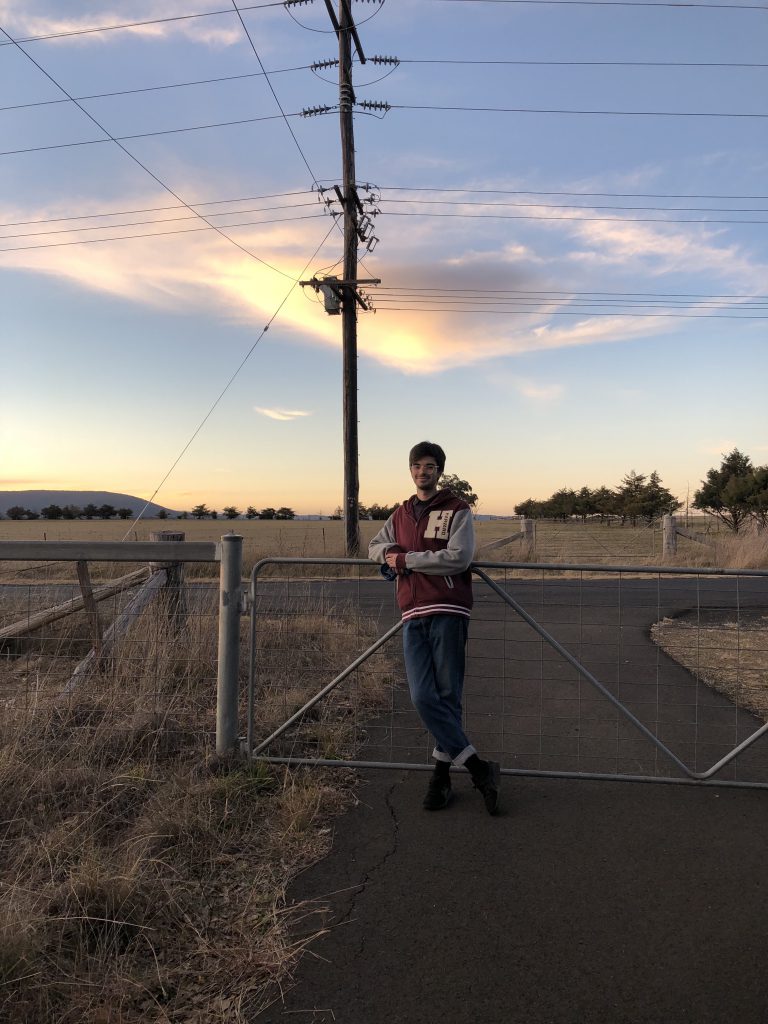 I’m listening to the album as I’m writing these questions, I’m just getting into ‘flat earth 101’ - anything you'd like to say about this one?

we tracked this song live and recorded it on an iphone minus that big choral overdub at the end.

it’s the final song of not forever and in its own peculiar way it rounds up the record thematically. in my head i imagined being lifted higher and higher until the earth looks like a flat speck against the background of time and space. haha

You’ve said that not forever is about love, life, loneliness, death… these are big themes. But is the record about anything more specific?

life is beautiful and i guess the album is somehow a personal affirmation of that. this record is about loss. i have struggled with my own considerations about life for a little while. i think a lot of people do at this age. or maybe any age. idk. i wouldn’t say its abnormal. i wanted to make an album that, at least for me, answered some of my own questions about it all, but was still quirky n fun n experimental n enjoyable to make. i just hope that it isn’t entirely a self-involved endeavour, that maybe it can answer a question or two for people that can get around it. we’re all here on this crazy adventure together. love ya!!!

Thanks for the ride!