Skip to content
Music / Features
They Made Me Do It -
Talking Influences with
Dr Sure's Unusual Practice
Words by James Lynch
Wednesday 21st November, 2018

Dr Sure’s Unusual Practice is the brand new project from local multi-instrumentalist/producer/mad genius Dougal Shaw (Hot Sludge Fundae, Breve, Cracodile) and the first release ‘Busy Bigness’ is quite potentially his most erratic music yet, so we got in touch to find out what's influenced the new endeavour.
Beginning as a solo recording project but now fleshed out with a full band, Dr Sure’s Unusual Practice started as a personal challenge with Dougal setting himself the task of writing and recording a new song each day. Described as an “experiment in practice and form”, the project forced Dougal to disregard ideas of perfection, but rather trust his intuition and let the song come together without ever being overthought. As the story goes, he ended up with a heap of tracks, and while many were destined for the scrapheap, the remainder formed what is to become the debut album from Dr Sure’s Unusual Practice.

The first taste of the album is ‘Busy Bigness’, a blast of frantic post-punk and a wild introduction to the project. Kicking off with an off-kilter drum beat, the track suddenly bursts into chaos, thick with awkward synthesiser stabs, turbulent bass and an angular guitar line that constantly pokes in and out amongst Dougal’s frenzied vocals. Although the track never really settles into a comfortable groove, we quickly get lost in the sea of interweaving lead lines and the result is mesmerising. ‘Busy Bigness' continues to grow and evolve steadily, with more and more layers entering the fold and wrapping around each other, building a wall of sound for Dougal to sneer at us from. But keeping up with the unpredictable nature of the track, as soon as it feels like it’s hit its climax everything quickly strips back down, and following one more erratic run, ‘Busy Bigness’ is suddenly gone.

Ahead of the final week of their Sunday residency at the Tote, we caught up with the man behind it all to find out what influences lie within the madness. 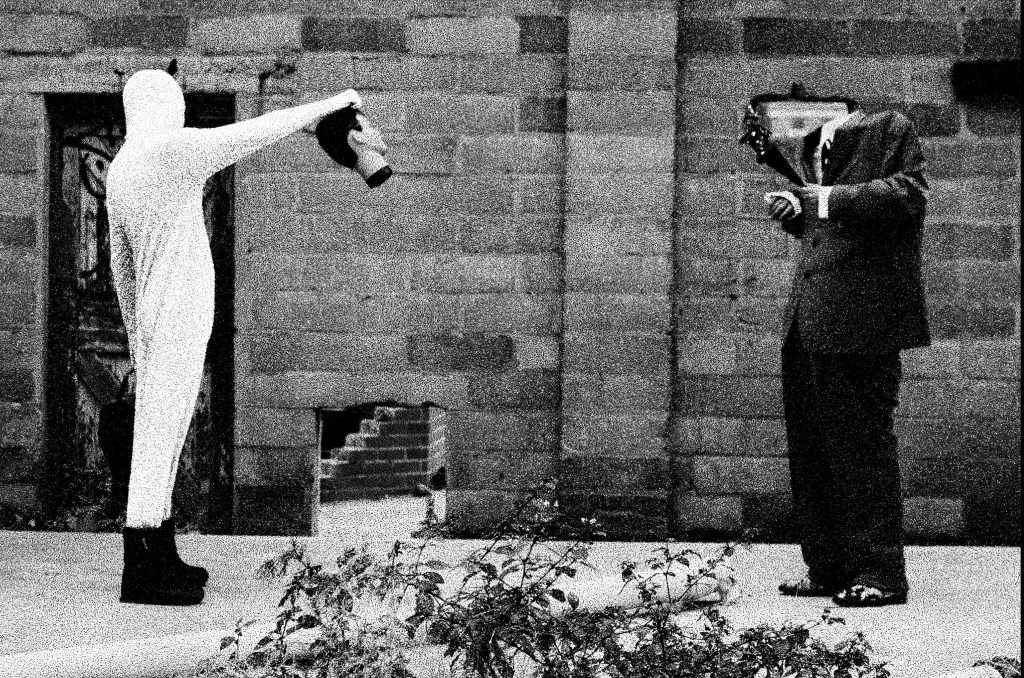 Dr Sure: Hello fellow human. Thanks for coming. I tried to keep this simple but it was surprisingly revealing. It's hard to pin down but I've scoured the 'now' as well as the past to try to find an idea of what made me do it.

Willy Wonka & The Chocolate Factory
As a kid in Central Queensland I used to escape into books and movies from a young age. This was one of a couple movies I owned on VHS and I must have watched it 500 times so I feel like it seeps into a lot of my creative output. I admire this idea of creating your own world, then letting people in. The middle part of 'Busy Bigness' reminds me a bit of this scene. Little bit manic, little bit mischievious. Grandpa Joe knows.

Un Chien Andalou, a short film by Luis Buñuel
This was the first surrealist film I saw and I think it stayed with me. I'd been writing a series of absurd, kinda surrealist, short film scripts around the same time I was recording what became the Dr Sure's album. I bought a cheap camera and when it came to making the films the obvious thing was to marry the two projects. So yeah, there's an album and more of these strange clips on the way.

Rowland S Howard
I was having trouble finding musical references for this but I reckon hearing Rowland S Howard definitely changed the trajectory of my guitar playing early on. So much tension pulsing out of those 6 strings. Less about what you play, it's how you play it. Would have loved to see him live, I guess in a way we can through the power of the internet and peoples dodgy bootleg recordings like this. Speaking of the internet...

Social media is a swamp. I bag it out but I'm totally trapped in it, multiple accounts and platforms. The lyric writing for this project was mostly a kind of stream of conscious type thing. I guess my sub-conscious is taking in a lot of this shit I scroll through daily. I'm spewing out news and current affairs. It's all pretty bleak. Everyone's busy, chasing something. It's big business and big guns and big plans and everyone's right. Everyone's got something big to say. I'm no different, I can see the irony. For one reason or another when I write lyrics it's usually either existential or political. That sounds like a meme. It probably is... we're all memes now.

A couple of years ago I left an art degree with one semester to go so that my first band/one true love Breve could go tour UK/Europe. When I bailed I'd been developing a concept I was calling 'Reactive Composition', my major project that I keep saying I'll go back and finish one day. There's any number of different iterations or limitations but the basic premise is to create and then to create something else as a reaction to that and so on and so forth. Some kind of intuitive creative process with no real weight on the result or any kind of product, more on the process.
When I was first writing for what became Dr Sure's, I ran with that same kinda philosophy. I was trying to form a habit of writing a song a day. Layering up one instrument at a time, each instrument a reaction to the last, trying not to over-think or revisit the parts or structure or anything. Eventually I had a bunch of tunes that I really liked (and twice as many that'll never see the light of day). Then I asked some friends, also people I really respected as musicians, to help me make it a real band. And that pretty much brings us up to the present.