Skip to content
Music / Premieres
Video Premiere:
Sault - Be Gentle
Words by Hannah McKittrick
Wednesday 12th February, 2020
With their first new music of 2020, experimental producer Sault is back with a new taste of their dark, otherworldly electronica - ‘Be Gentle’ is turbulent yet thoughtful, doubling as an intensely immersive soundscape as well as a discussion surrounding the intricacies of gender and expectation.
Sault is the moniker of Melbourne-based producer and vocalist Anna Durham, who has a penchant for dark, contemplative electronica. Their music practice is informed by cyborg theory and the unravelling of ideals held about gender, voice and technology, by challenging traditional notions associated with each of them. After dropping two singles in late 2019, Sault is back with a new track called ‘Be Gentle’. The accompanying music video, directed by Arabella Frahn-Starkie, works in conjunction with the song to question the expectations around gender, intimate objects and vulnerability in new relationships.

A master of straddling musical dichotomies, Sault hangs out effortlessly in both hectic maximalism borrowed from UK post-dubstep, and bright ambient dreaminess, propelled by familiar harmonic shifts and repetitive lyrical hooks. These movements in tone and production technique make the texture of ‘Be Gentle’ rich and sticky, establishing each sonic realm before unsettling it and moving towards something else. It oozes with unnerving sophistication where sweet muted synth sounds come up against robotic and androgynous vocal manipulation, creating something that is truly transfixing, and a little frightening.

Speaking articulately about playing with the gender binary, Sault says, ‘‘I’d been thinking a lot about how my ‘feminine’ singing voice affected the way people heard my music. Often, people would default to thinking there was a masculine person who was helping me with production behind the scenes, probably because that fitted a familiar narrative that often plays out in electronic and pop music. At the same time I was reading a lot about concepts of The Post-Human, and the links these ideas hold to identity and gender. It was the pairing of these two things that led the desire to develop a digitally filtered vocal sound that would also in turn create a sense of sonic ambiguity around the identity of the vocalist and maker."

Ambiguity and separation are also at the core of this music video. Director Arabella Frahn-Starkie creates a world that, similarly to the track, is able to traverse stillness and movement. By contrasting still shots of sculpture works (Katie Lee and Kari Lee McInneny-McRae) with rapid blurring shots of Anna decked out in extreme hyper-real makeup (Kate McWilliam) and costume (Remy Wong), the piece compliments intersections explored in the track. The song and the video are in dialogue, illustrating how things can be both gentle and harsh, and perhaps criticising the way that the gender is too often limited by restrictive binary structures. It is beautiful to behold the work of Anna, Arabella and their team thrive in the recesses between such binaries, proving that there is sweetness, aggression, mystery and light across the entire spectrum of gender, genre and feeling. 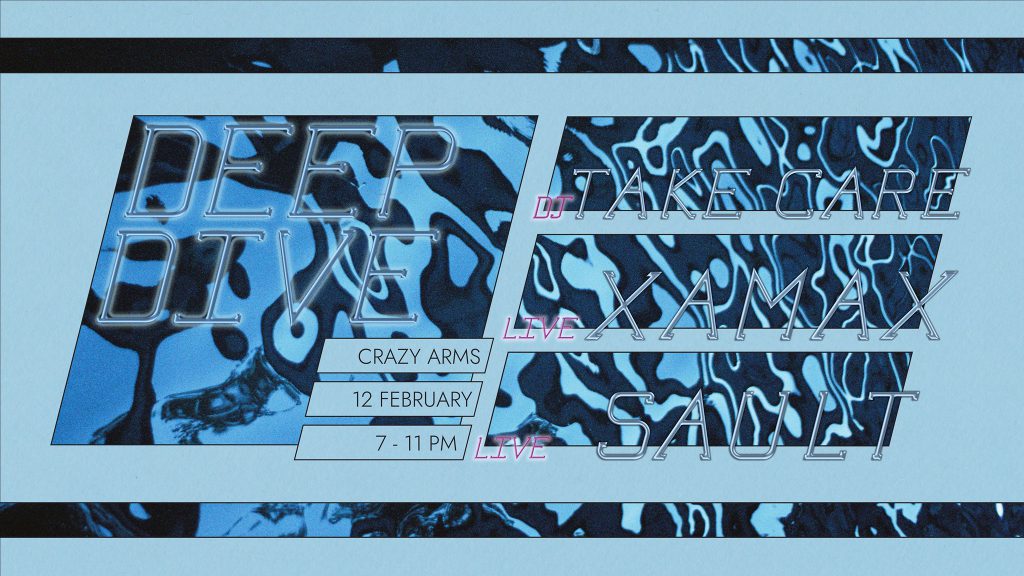 Watch the new clip for ‘Be Gentle’ above, and catch Sault as part of Deep Dive #1 tonight at Crazy Arms.
saultmusic.bandcamp.com
Sault on Facebook
Deep Dive #1
Clip by Arabella Frahn-Starkie
Photo by Alanna Raif