Skip to content
Music / Features
Track by Track:
Tanaya Harper - Slow Motion Breakup
Words by Joshua Hicks
April 23rd April, 2020
Indie-rock queen Tanaya Harper has treated us to an inside look into her dark and stormy EP Slow Motion Breakup, an enthralling collection of tracks about an all-too-familiar heartache.
Last month Perth indie-rock artist Tanaya Harper released her second EP Slow Motion Breakup, following her phenomenal 2018 debut EP Some Kinds. Harper is an eloquent storyteller - driven by angst and moving emotion, she has always sought to speak honestly about her experience. Her insight into the human condition is painted throughout the six track EP, a tale of a deteriorating and broken relationship.

The 1 minute and 26 second opening title-track 'Slow Motion Breakup' eases us in to the EP with a single line “I don’t want to see you anymore” repeated over again, joined by angelic harmonies and a simple strumming electric guitar. It’s short and sweet but a fitting introduction to the narrative. The track fades out and is immediately followed by the grungy indie-rock of ‘Crash Pad’. Driven by electric guitars, the piece builds and builds as crash cymbals become more pronounced and Harper’s vocals grow more aggressive in the best possible way. ‘Crash Pad’ is very reminiscent of artists Wolf Alice or The Cranberries, in its mix of dream-pop and heavier rock.

‘Don’t Go Outside’ brings the tempo back, and draws the vocals out to the forefront. Harper delivers a poignant hook “you’re not welcome, you’re not welcome here”, but the highlight of the track is chorus that is tactfully postponed until midway through. “Would you speak to a child, the way that you speak to yourself” is a beautifully phrased lyric, mirroring methods of self-care and positive self-talk, an all-too-relatable concept for myself.

‘Sleep Talker’ is another change in pace, this time more of a slow waltz. The hypnotic drums set the foundation for the enthralling lead guitar with a backdrop of haunting synths, all while Harper’s vocals meander through the piece. ‘Evan Keele’ takes on a droning tone with echoing lead guitar riffs, as Harper repeatedly states she’s "bored", delivering that sentiment while somehow making it feel exciting. ‘Shit Talker’ is the final track of the EP, its simple structure is livened by the interesting chromatic scale progression from the guitars.

Harper has treated us to some insight into Slow Motion Breakup. 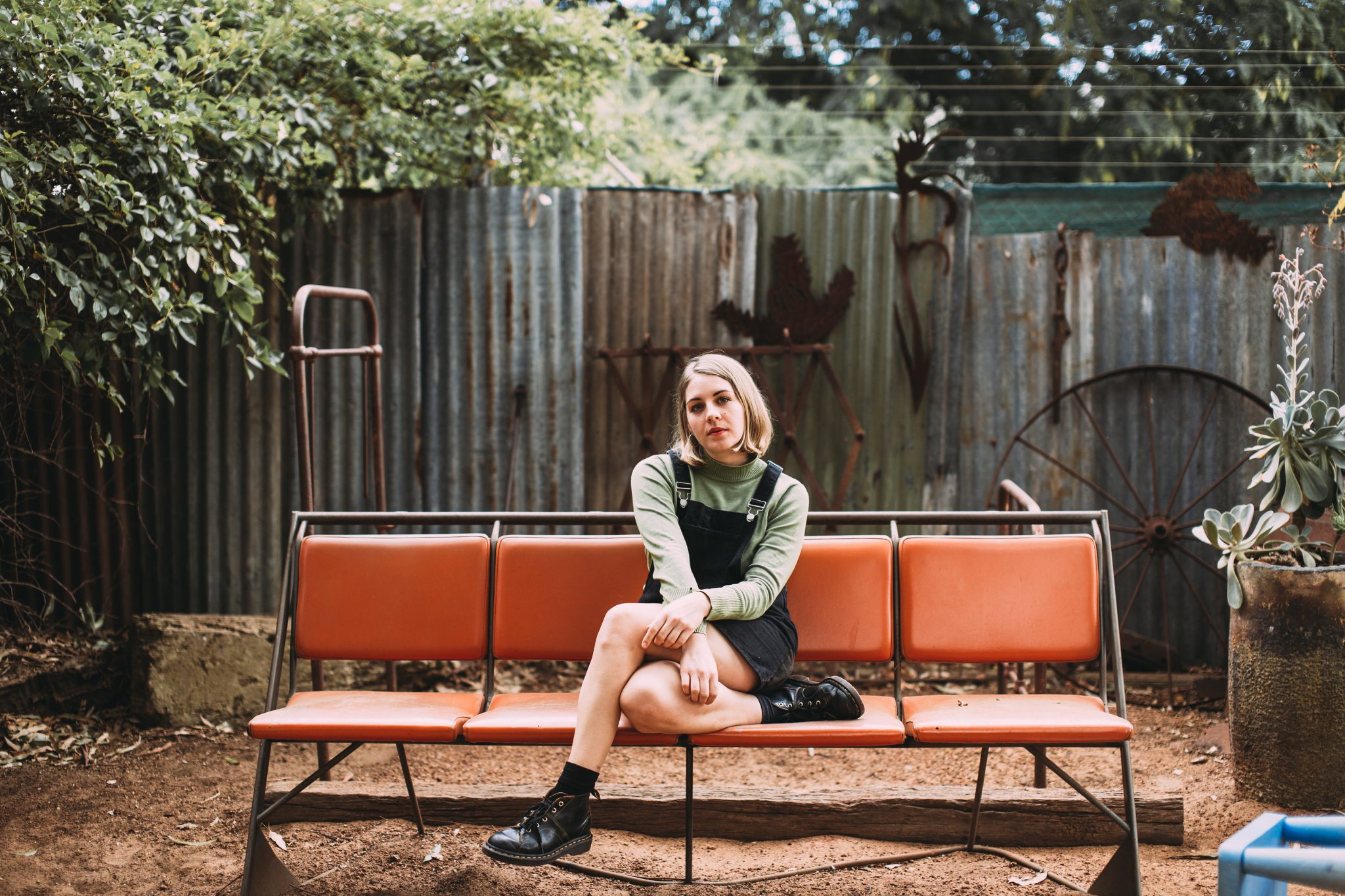 This is my favourite song on the EP. I came up with the lyric line and chord progression whilst trying to write about the act of severing ties with your ex - someone who was once your best friend, your favourite person in the whole wide world. I kept trying to build on this line, but I found that I didn’t have much else to say because the whole notion of breakups is as equally complex as it is basic. Everything and nothing. I tried so hard to build a ‘complete’ song around this line until eventually it began to feel really inorganic, so I stopped, and accepted that this was the song. Short and (bitter)sweet.

I was in a relationship with someone who, after a few years, still had constant anxiety about whether he loved me, whether he was even attracted to me and the clothes I wore. This obviously caused me to question myself and our relationship. I’d always be thinking about whether we should break up or not, why he says he does love me but then isn’t quite sure. So yeah, this is pretty much a ‘get fucked’ kind of song. Relationships are so complicated... ha.

'Don’t Go Outside' is a song about self-esteem, or the lack thereof. I would say that of all the things the mean voice in my head tells me, negative things about my body are the most prevalent. My whole life I’ve thought really horrible things about myself - like many people - and often you’d never expect it of anyone because negative self-talk is so insidious. These thoughts made me depressed and self-loathing - I wouldn’t want people to see me so I wouldn’t want to go outside. I’d go through the endless cycle of these thoughts making me feel deeply unwelcome in this world, and then realising that the thoughts are what’s actually unwelcome and should just fuck off, ad infinitum.

So one day I was reading a book... I think. To be honest, I can’t remember where I heard it, but I came across this phrase "would you speak to a child the way that you speak to yourself?" and I thought "wow, I would never speak to a child the way I speak to myself, they’d be a seriously fucked up adult if they grew up with all that hate" ...and then I realised that I AM the adult that’s been hearing these things my whole life. So it’s just a song to remind myself to be nicer.

'Sleep Talker' is about feeling guilty for not always being sure if I’m completely committed to someone. Essentially it’s about the commitment/abandonment issues that cause people to incessantly catastrophise their relationships at the slightest sign of imperfection. Basically, 'Sleep Talker' is saying "I love you, sorry, please be patient - I love you".

'Evan Keele' is an angsty song about feeling bored with stability. I have bipolar type 2 and happily take medication for it, but a few years ago when I was initially settling into a stable life I actually grieved the manic highs that I wasn’t experiencing anymore. My highs are totally destructive and need to be managed but they’re also kind of addictive, all that adrenaline is fun, so I was craving the intensity that I just wasn’t getting anymore. I missed it badly and was toying with the idea of going off my meds purely for the mania, but that’s DEFINITELY the wrong thing to do, so writing a song was how I got that yearning out of my system. I think a lot of people who take certain kinds of medication relate to this kind of feeling "Hey! My life is pretty great now... but I’m also kind of bored”.

This is a sorry-not-sorry song. Sometimes we fuck up, we make mistakes. We’re all endlessly learning and growing, so I guess I wrote this song because I was frustrated that some people don’t always remember this and expect others to be perfect.
Dive into the intoxicating depths that is Slow Motion Breakup above, and head to tanayaharper.bandcamp.com to purchase the EP on limited 12" vinyl, with previous EP Some Kinds on the B-side.
tanayaharper.bandcamp.com
Tanaya Harper on Facebook
Photos by @stapledtogether