Skip to content
Music / Features
They Made Me Do It -
Talking Influences with RAT!hammock
Words by Francis Tait
Tuesday 14th July, 2020
Melbourne’s premier mid-fi indie-rock quartet RAT!hammock have done it again with new single 'Word Of The Day' - another slacker-rock anthem that’d charm the socks off even your sternest of mates.
Kicking things up a gear from their previous outputs, ‘Word Of The Day’ is a joyous, indie-rock mass-sing-a-long with a sinister undertone that’ll have you hanging off every one of frontperson Jackson Phelan’s words.

Wasting no time at all, ‘Word Of The Day’ hits the ground running with Jackson’s captivatingly manic vocal barely stopping for a breath within its slightly longer than three minute run time. With each section more whistleable than the last, RAT!hammock continue to throw curveballs and suck you in deeper. By the time they’re breaking through the fourth wall (in what is a serious contender for my favourite third verse of 2020) and peaking over an inspired trumpet solo that throws the whole thing into how-good-is-life mode, you'll have never been so wrapped about how it’s a short life and there’s no time.

Now that it’s a week old, we got RAT!hammock to swing by and run us through a few of the things that inspired their whirlwind of a new single. 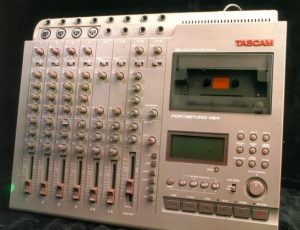 Jackson: I bought one of these cassette machines maybe four or five years ago and I used to use it to make demos, but tracking was so difficult especially if your sense of time was not so good, which mine definitely wasn’t then and arguably isn’t now. So it went to the wayside and stayed gathering dust in my room but when we got in to the studio with our producer Sam Swain to work on this little bunch of songs he had a portastudio set up that we could send stuff to from the tracks to give them that flavour but we could do all tracking in the computer. We were really struggling to get 'Word Of The Day' to sound right.

I think because it’s a much faster, brighter track then we had recorded previously things were sounding a lot more Green Day than we heard in our heads. As soon as we ran the drums and I think even the bass and acoustic through the Portastudio it was like a switch flick moment and we were there. The compression and distortion that is applied with the tape just kind of mushes everything together and takes it to a less macho more kind of cacophonous energy. 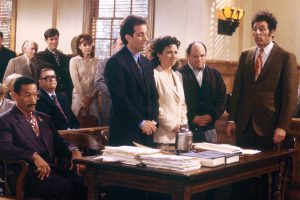 Jackson: We had this idea that the song would start in one spot and slowly we would add more flavours and craziness so that by the end of the track it would feel like a celebration. Similar to the final episode of Seinfeld in the courtroom where all of the characters from previous episodes are there. We wanted the sonic characters introduced throughout the track to come together in one spot and all wave goodbye to the listener. Trumpet, percussion, extra vocals and extra guitars to all kinds of talking over the top of each other in a sort of farewell party. 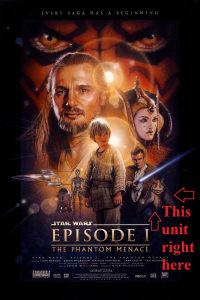 Jack: When we recorded the track over summer I’d begun rewatching all the Star Wars movies and had just finished the prequels. For the record, they’re probably the most underrated movies out there while also containing the most underrated character in film.

I’ll let you figure out which.

Almost every day in the studio Sam, who engineered the track, and I would talk for an egregious amount of time about basically everything to do with these movies. As a result, I’m probably responsible for shaving off a serious amount of productive time from the project. Influential, but definitely not in the way anyone else but me wanted it to be. 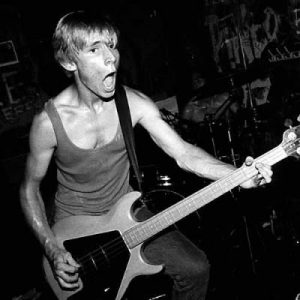 Dom: I’d just like to circle back to what Jackson said about the song sounding a tad like Green Day. When I was learning to play bass at 10 and 11, the only two bass players that mattered to me were Flea and Mike Dirnt from Green Day. I studied and was determined to learn Mike’s furiously fast bass picking on songs like 'Basket Case', 'Longview' and 'Welcome to Paradise'. While my musical landscape expanded widely over the next 15 years, it was a true joy to bring out the ol’ only-downstroke-at-two-hundred-and-six-beats-per-minute on 'Word Of The Day'. If only that kid could see me now, Dad!


The guitar I was never able to play

Tom: About four years ago, I woke up one morning and casually scrolled through instagram, and saw an ad for a beautiful semi-hollow guitar for a criminally low price. I knew Dom wanted a semi-hollow, and I sent him a flurry of screenshots and texts telling him to get up and get down to Found Sound and buy it immediately. I then waited half an hour, and went and bought it myself. It was every bit as amazing as it had looked in the ad, as well-built as a guitar could be, and sounded absolutely shit hot. I took it back home, and didn’t get to use it for the next three years.

Dom used it in our old band for everything (and still uses it for his solo project to this day), and for a long period of time I lent it to Jackson to use in RAT!hammock and for uni, while he was searching around for a guitar that felt right to him.

BUT just before we started recording Jackson got himself a new amp and a brand new telecaster, and I got to play my guitar again. I spent a lot of time at home playing over the demos with it, and it was pretty much the only guitar I played over the recordings.
Check out the new iso-inspired clip for 'Word Of The Day' above (created by Mike Ridley) and listen to the track in all the usual spots.
rathammock.com
RAT!hammock on Facebook
@rathammockmusic
Photo by Ian Laidlaw