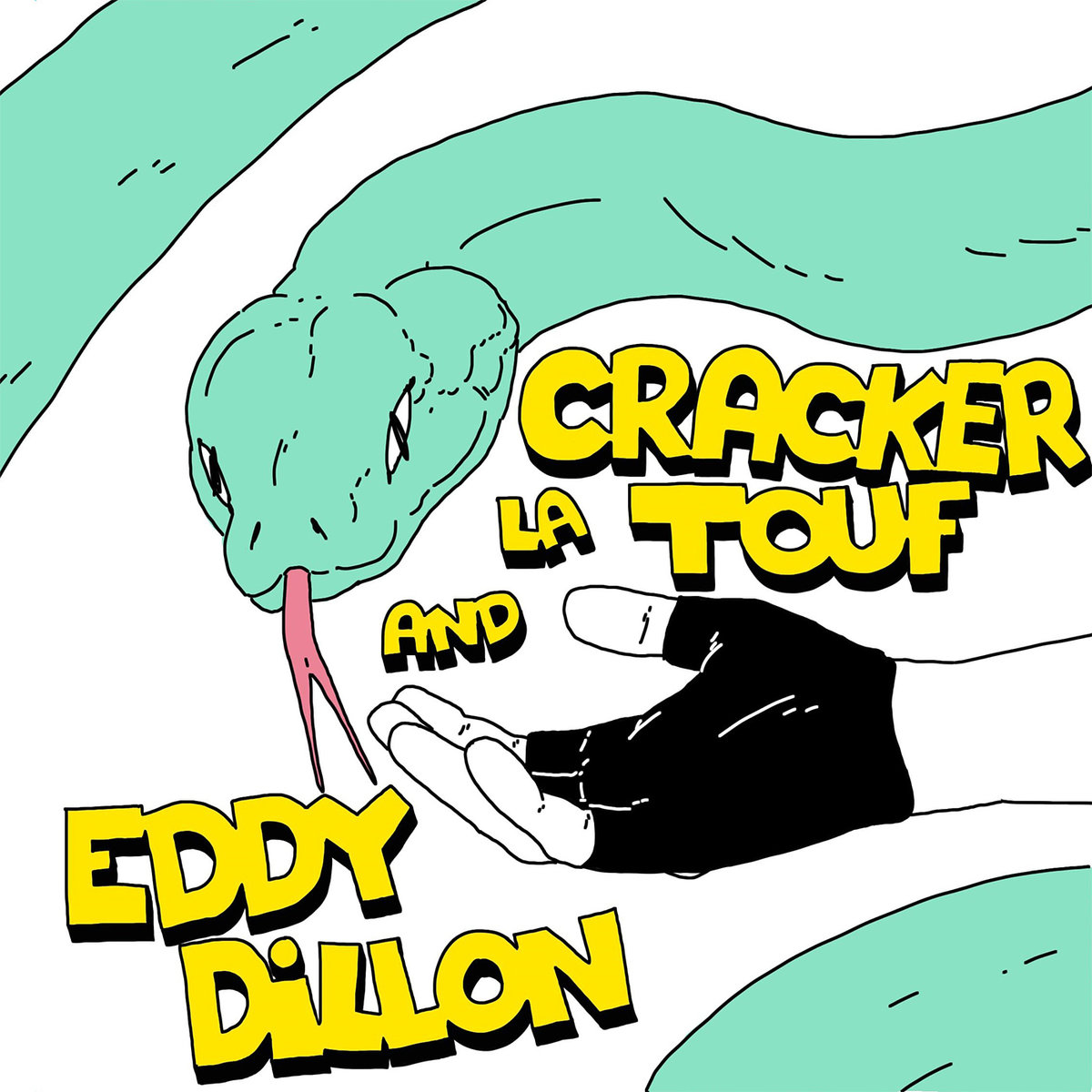 Thanks to the good folk at Ruby Tuesday Records, tomorrow sees the release of a brand new split single between Cracker La Touf and Eddy Dillon, and Trouble Juice has been lucky enough to get a sneak preview.
Ruby Tuesday Records are a DIY record label working hard to shine a light on interesting and unique talent coming out of Melbourne. Their first 7” release sees two exciting local acts, Cracker La Touf and Eddy Dillon, paired together on a brand new split single. Although the two bands might seem a world away aesthetically, both tracks work together to explore the light and dark sides of youthful confusion, and overall, the split is a cohesive burst of weirdo pop that highlights two young acts at the top of their game.
Cracker La Touf are a local four-piece who specialise in brooding, angsty art punk. They released their debut album Venus earlier this year, and the new single ‘FanClub’ is an impressive return. The track opens with some muted guitar strums before the band kicks in and the song is driven forward by a melodic bassline and some subtle drumming. We’re lulled into a false sense of security as Syd Mackey’s vocals drift across the song, and the chorus comes as a punch in the face as guitars roar and Mackey howls. ‘FanClub’ is bittersweet, poetic and deceptive, and shows that Cracker La Touf are a force to be reckoned with.
Between playing guitar in Tram Cops, Eddy Dillon produces psyched-out jangle pop under his own name. His inclusion to the split single is ’Wonderfully Good’ - the final song on his forthcoming debut album Uncanny Love - and the track tells us everything we need to know about Eddy Dillon. It’s a woozy, dreamy cut of psychedelic goo, delivered through a Mac DeMarcian croon. However, Dillon distinguishes himself with the perfect amount of fuzz in all the right places and a burning guitar solo that shoots the song out of the stratosphere, leaving us wanting more.
The split single is being officially launched tomorrow at Record Paradise in Brunswick from 4pm. With both acts performing, as well as indie pop champions Hotel Fifteen Love, it’s sure to be a doozy so get down and grab a copy of the 7" vinyl.
Have a listen to the two tracks above and head to rubytuesdayrecords.com to check out all the good stuff going on there.
Cracker La Touf on Facebook
Eddy Dillon on Facebook
Split Single Launch
rubytuesdayrecords.com