On a cold Melbourne evening, Trouble Juice caught up for a pint with Ruby Wynn-Williams, the woman behind local record label Ruby Tuesday Records. We spoke about Melbourne’s music scene, the challenges of running a DIY record label, and her latest initiative, a project called Frontwomxn which aims to shine a light on young, emerging female talent.
“It's all kind of come full circle,” Ruby shrugs as we discuss the growth of her young record label. Earlier this month Ruby Tuesday Records hosted a single launch at Melbourne’s Record Paradise, and Ruby explains how the show might have had more sentimental value than was originally let on. “My introduction to the local music scene was when I was 15 and I went to see Fraser A. Gorman, East Brunswick All Girls Choir, all the Milk Records crew, play at Record Paradise. And it was all ages so I was just went and I was like ‘What!? What is this?!’ - everyone knew each other, everyone was talking to me, someone gave me a beer, it was just the best.”

Ruby Tuesday’s own launch did a good job at rivalling it’s original inspiration - it was all friendly faces, good vibes and great bands. But despite the fact that the label is only just approaching it’s first birthday, its no surprise that things are building steadily, with Ruby proving herself to be a determined and passionate leader. “I actually started promoting the label when I turned 18 - literally the day of my birthday was the first gig,” she explains. “It was like as soon as I could do it, I’m going to do it.” This attitude is epitomised when she refers to her university degree - a double in industrial design and sustainable systems engineering. “No relation whatsoever to music,” she laughs. “I’m pretty DIY I guess. I like to learn and I like to do things, so engineering and design suit that.” 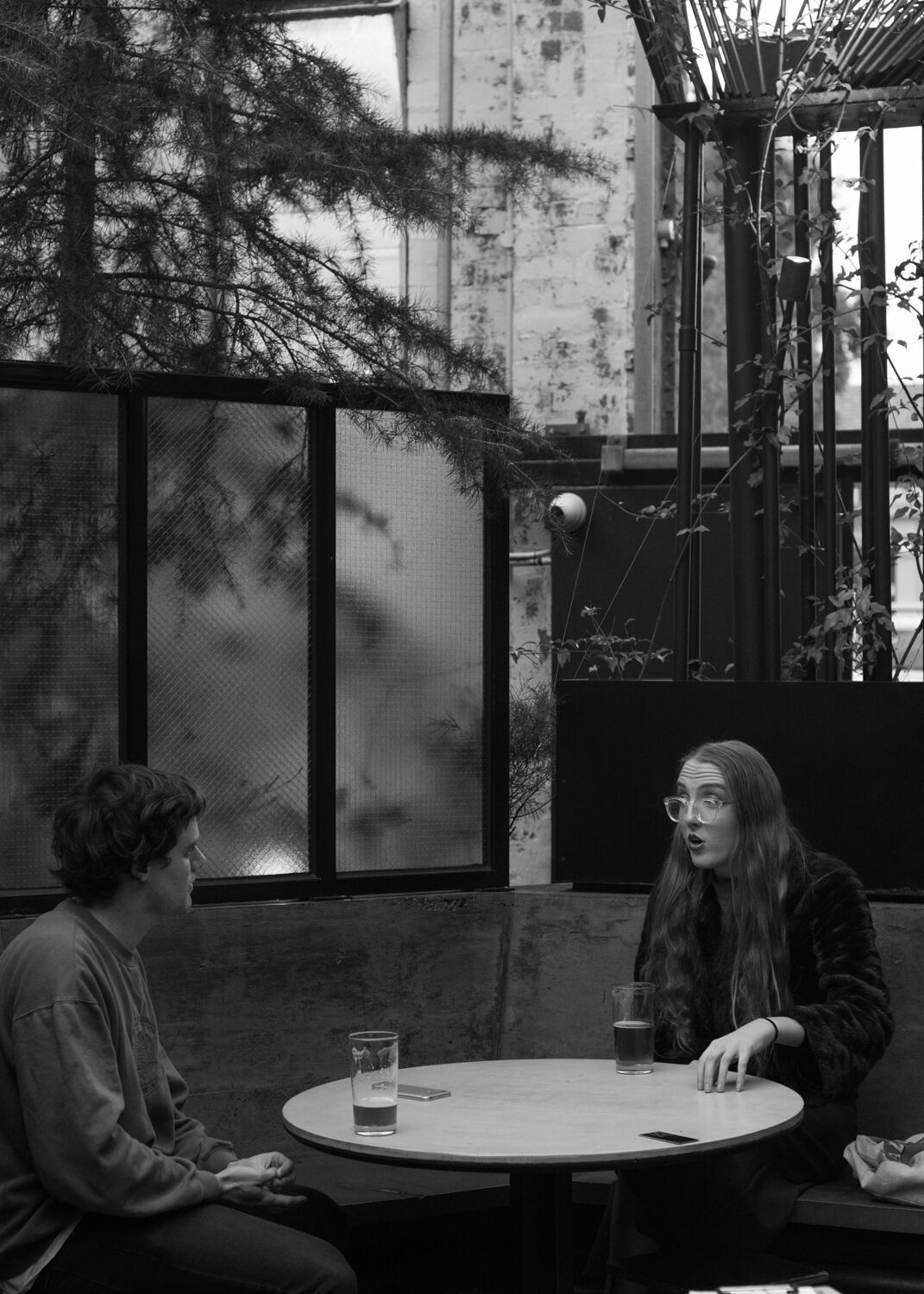 Ruby’s latest undertaking is an initiative called Frontwomxn; ‘a project centred on supporting some of Melbourne’s most talented young, emerging female musicians or female fronted bands’. The concept is elegantly simple, but as equally clever - Ruby Tuesday Records are selecting a number of upcoming female or gender queer artists, offering them professional recording, mixing and mastering, and from the sessions, releasing a compilation album. “It will be pretty eclectic, I wanted to have a mix of genres - there’s some jazzy stuff, some art punk, a singer-songwriter.”

Naturally, the project came around completely organically. “I don’t like doing gigs just for the sake of doing gigs,” Ruby explains “and the Workers Club gave me these dates that I didn’t know what to do with. But all the bands I ended up booking were all fronted by women so I thought I’d let that be the reason. And then a funding opportunity came up from the government, so I developed the Frontwomxn concept to apply for funding. I didn’t get it, but I’d already put all this work in developing the concept of a compilation album/promotional project, so I just decided to do it anyway.”

While the lack of funding meant Ruby was thrown a little, it opened the door for another idea. The result has been three Frontwomxn shows (“maybe more”) at the Workers Club to raise the much needed funds to produce and launch the album. The first two shows, which happened in July and August, hosted a number of interesting and creative female acts, and the third show is coming up on the 3rd of September, featuring Erin Will Be Mad, Slow Job, Cracker La Touf and The Belafontes, with all money going to the project. 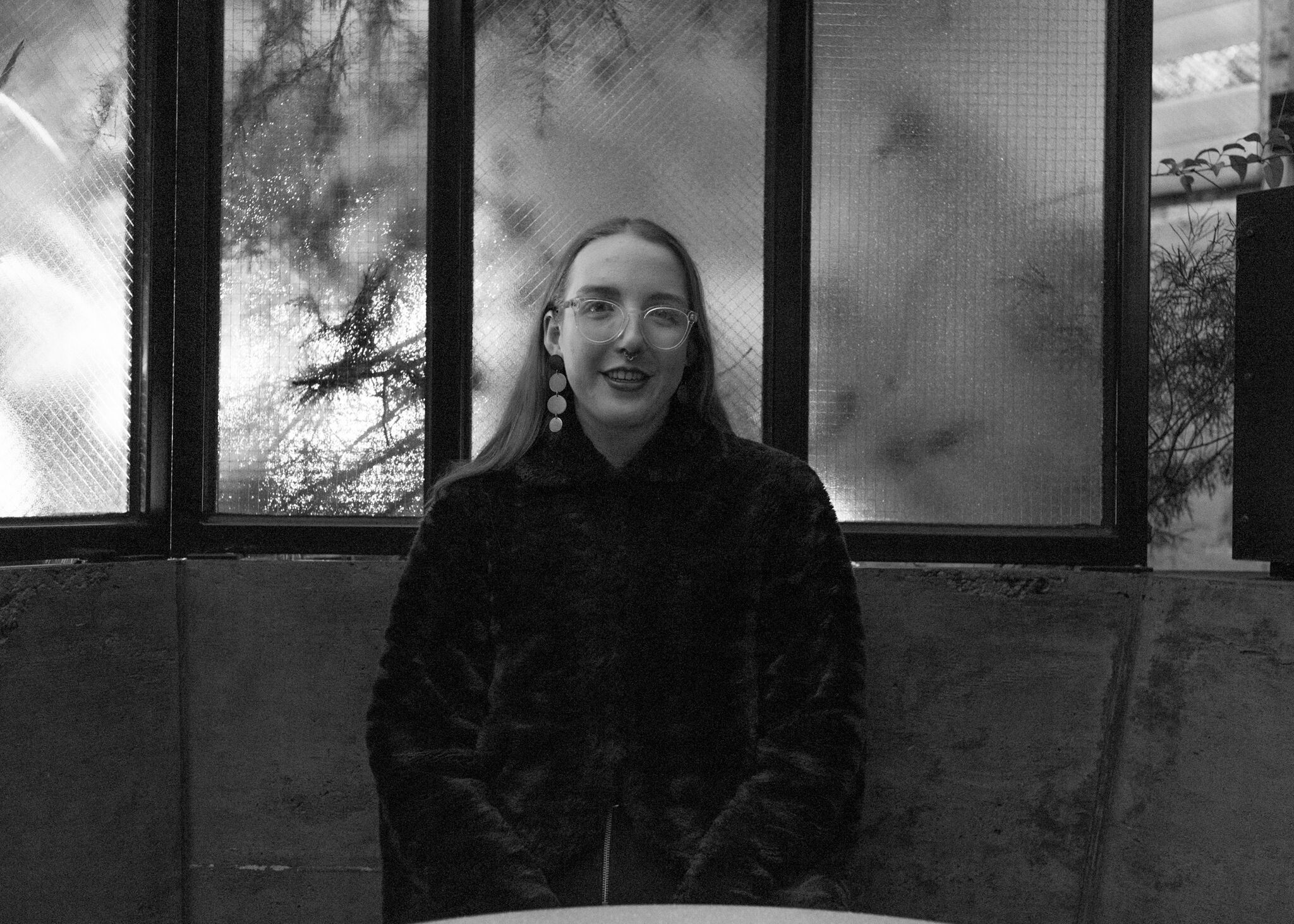 No project like this occurs without any hurdles, and Frontwomxn has copped its fair share. Obviously the lack of funding was the first big knock and raising money has been something of a struggle, but Ruby speaks about this with a quiet optimism, blaming “the cold weather and weeknight shows.” All signs pointing to this Sunday’s show as the biggest and best. A more interesting hiccup the project has faced was flak received by using a male sound engineer to record the album, but Ruby shrugs it off. “Fergus [Nash] is the label engineer and he’s done so much stuff for us, it didn’t seem fair to leave him out. Plus, we’re focusing on helping emerging artists at the moment, we can’t solve every gender issue at once.”

That said, Ruby is aware that she’s sitting with some good company, all fighting the same fight. Over the last few years, there has been something of an explosion of groups appearing, providing spaces for young girls to hone their craft, encouraging women to pursue music and calling out lack of diversity in line-ups. Girls Rock, The Old Bar’s Girlhood, YoWo Music and Creme de la Femme at the Evelyn are all quickly mentioned. “I’m always really happy when I see them,” says Ruby. “Even if there is a little competition, it’s always like come to mine, but go to theirs.”

As our conversation wraps up, talk turns to what’s next for Frontwomxn and Ruby Tuesday Records. “More Frontwomxn stuff, more release stuff, changing the label model. And actually writing proper contracts” Ruby laughs. “I’d love to launch Frontwomxn this summer somewhere outdoors,” she adds, “kind of like a mini-festival - there’ll be ten bands playing.” And from there, if the plan to let Frontwomxn run annually goes ahead, it will be time to start all over again. And if there was any worry that not getting a break for a while was troubling to her, Ruby didn’t let on. “It’s what I enjoy doing, its why I started it. I didn’t know anything about it, but I love music, so thats enough, I’ll make it work.”
Head to rubytuesdayrecords.com to check out all the good stuff they're doing, especially the Frontwomxn project, and catch the next fundraiser show at the Workers Club on Sunday, September 3rd.
rubytuesdayrecords.com
Frontwomxn Fundraiser Event