We’re really excited to premiere Melbourne dance-pop group Stripping on Sunset’s debut single ‘Golden Star’ - a groove heavy pop hit that will definitely be coming soon to a dancefloor near you.
Considering the sophistication and elegance of Stripping on Sunset’s debut single, it’s easy to forget that ‘Golden Star’ was crafted by a group of fresh faced locals rather than a massive globetrotting act. The track opens with some subtle, programmed beats, followed a hooky guitar part that juts in and out and automatically drags you into the song. However, Stripping on Sunset really show off their pop ability as singer Bailey Sampson takes the reigns with some impressively soulful vocals. By the time the huge chorus hits, it’s clear that ‘Golden Star’ will be filling dancefloors all over the place and proves that Stripping on Sunset are an act to keep an eye on. Trouble Juice caught up with the group to chat about the new release.
TJ: You guys are a brand new act fresh out of Melbourne - who is Stripping on Sunset?

Tell us about the debut single ‘Golden Star’.

'Golden Star' in its simplest form is a love song. Lyrically the song comes from personal experience, the idea of trying to give your all to music but at the same time struggling to find the time for everyone else around you. In this song it specifically looks at our relationships with our partners and the struggle that comes with pursing our dream but reassuring them that they are still our "Golden Star". 'Golden Star' is a love song for everyone set to a pop vibe which will make you move.

You enlisted Robert Amoruso to help produce the track - how’d you get him on board and what was the recording process like?

Bailey messaged Rob earlier this year, basically just looking for some insight into the music industry and asking questions about what a dance-pop band like us should be aiming for and some strategies on how to get where we needed to go. Rob is such an amazing, helpful guy that he just took us under his wing and helped guide us and when the opportunity arose to work together on a track it was a no brainer, as we felt that he knew exactly what we were looking for and had the skills to get us there.

The recording process was very easy, probably too easy. We sent over what we had recorded and he just went to work on it. All we really needed to do was rerecord the vocals and by the next session it was done. The energy in the room and for the song was amazing - Rob nailed it and brought out what we were aiming for.

It’s really interesting to see young acts taking on huge sounding modern pop at the moment, because while this kind of music is forever present, it’s pretty unique to hear it at such a grass roots level. How do you feel contemporary pop and Stripping on Sunset fit in with the current music scene?

We feel like there is a new wave of producers and artists out there that in our mind are redefining pop music. Adding flavors and influences from everywhere to create sophisticated pop music. Artists like Lauv, Jon Bellion, Charlie Puth among others are helping push this idea of anything can be pop music and this is where we feel we will fit. Being an act that takes elements from everywhere due to our own individual experiences this allows us to make music that sounds pop, but with our own flare.

Can you tell us a little about the ‘Your My Golden Star’ competition you’re about to release?

The ‘Your My Golden Star’ competition is going to run alongside our 'Golden Star' release. We are partnering up with The Bitter Irony to giveaway t-shirts, merch and cool bits and pieces. All to help launch the single and give our fans something for Christmas.

What’s coming up next for Stripping on Sunset?

We have just recently finished recording some new music so are waiting on that to be mixed and mastered. We are also at some point over the next month releasing a live video of 'Golden Star' with Baked Goods as a part of our recent involvement with the GRID Program which we are pumped about. Then a little more recording and a music video on the way so really excited about the rest of the year. 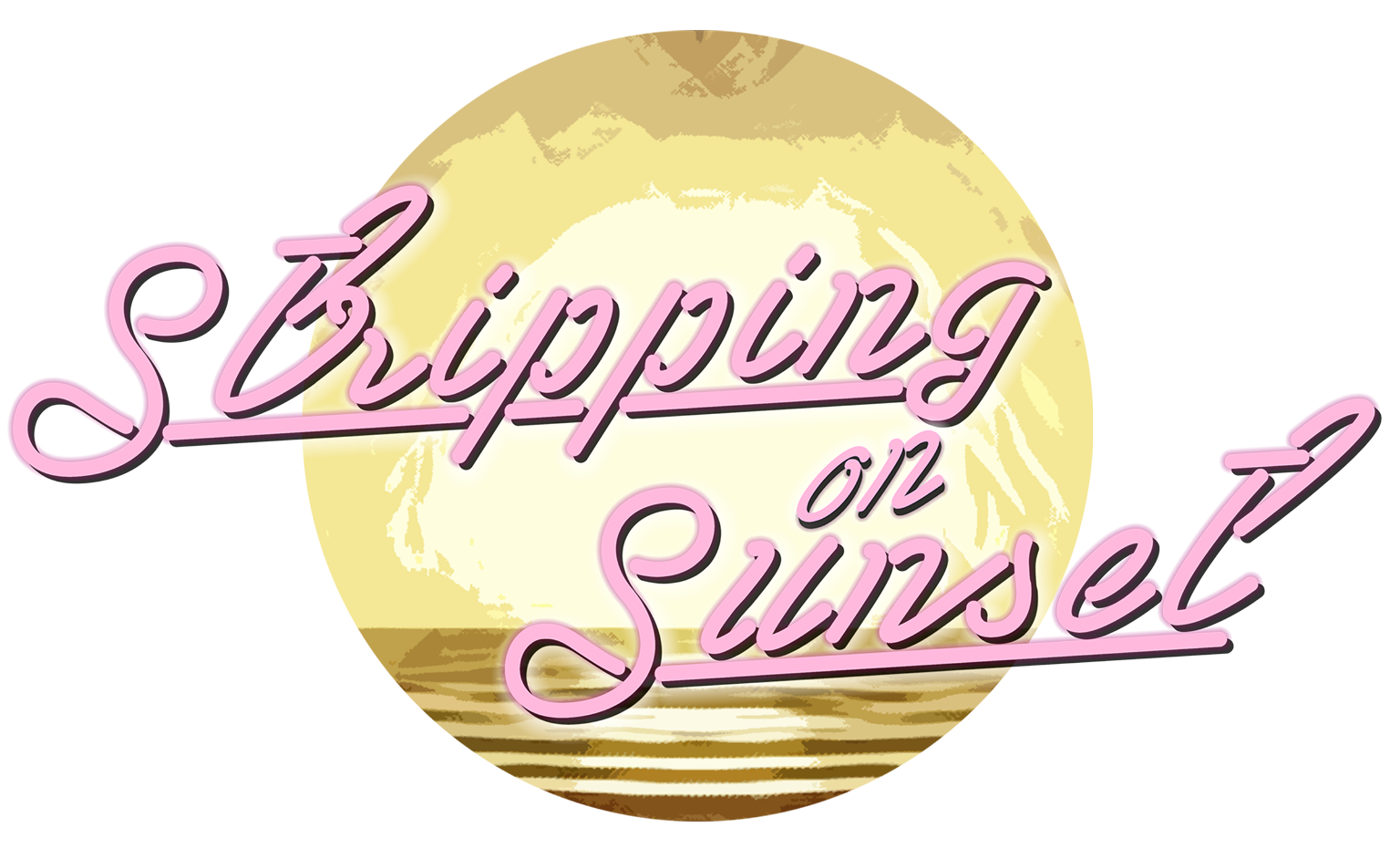