Skip to content
Music / Premieres
Premiere:
River Blue - Catch Me On My Way Down
Words and interview by James Lynch
Wednesday 14th November, 2018
Today we’re thrilled to premiere the brand new single from local folk-rocker River Blue - ‘Catch Me On My Way Down’ is a explosive burst of electrified-folk, that sucks you in with its captivating storytelling whilst punching you in the guts with its propulsive grooves and bold vocals.
It’s been a little over two years since River Blue rolled onto the local music scene with his unique brand of folk mixed with classic rock, but since the release of his debut EP Young at Heart back in April last year, Lachlan Duthie and his band have been relatively quiet. However, it’s safe to say that the silence hasn’t been in vain - as they return today with ‘Catch Me On My Way Down’, it’s clear they’re gearing up for bigger and better things.

Opening up with some empowered guitar strums, ‘Catch Me On My Way Down’ quickly bursts open with a gliding lead guitar and driving rhythm section, before things strip back and Lachlan takes the reigns with his hearty vocals. As if coming from a place deeper within while still maintain its roughed-up edges, the song expands slowly as Lachlan spills an emotive melody that weaves through the lush instrumentation and pounding drums. ‘Catch Me On My Way Down’ hits its breaking point at the second chorus and opens up completely, with Lachlan’s voice soaring as he effortlessly provides the track’s strongest hook. Following a bridge section that pulls things back once again but drips with passion and wistfulness, the band kick back in for one more spirited chorus before the track comes to an end, masterfully toeing the line between powerful and sentimental with a refreshing sense of sincerity.

It's a really impressive return for River Blue that points to exciting things, so we got in touch with Lachlan to find out a little more about the track and what he’s been up to. 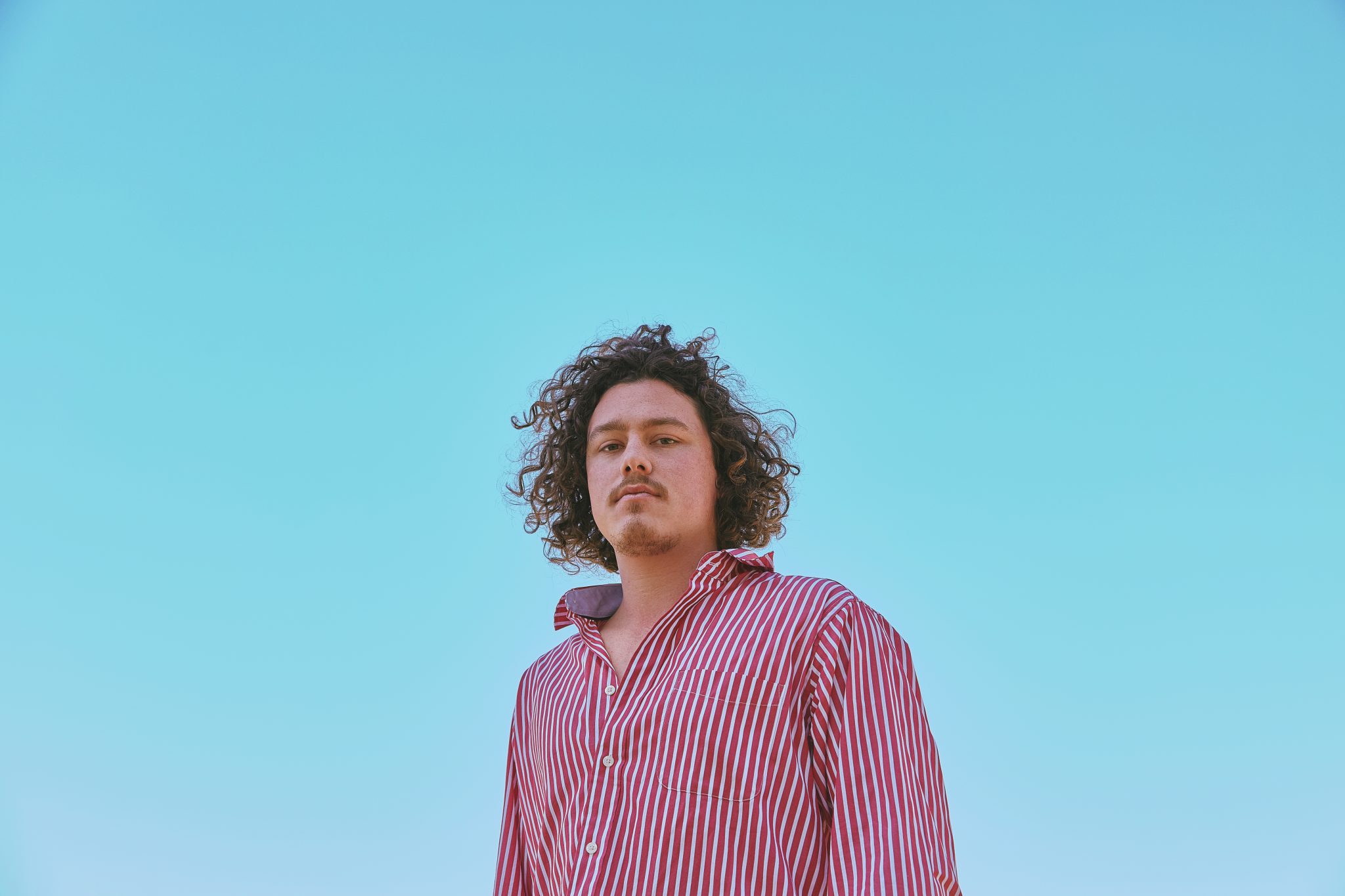 RB: River Blue is my musical outlet. It’s a character that I been developing for a number of years now. At the heart of it is storytelling, an attempt at merging the worlds of folk songwriting and pop melodies.

What’s the story behind your new single 'Catch Me On My Way Down'?

I had that line kicking around for a long time, but I struggled to piece a song around it. I think there are maybe four or five completely different versions of this song, but all with the same chorus. Completing the lyrics to this track somewhat kick started a stream of writing and in some ways got me out of a writing block. After months of trying to find something that would fit the song, I began changing writing techniques and eventually I carved out something that I’m really proud of lyrically. I felt like for a long time I was writing what I call 2D songs, by which they lacked depth and ambiguity. However, I believe every line throughout Catch Me has purpose and depth, and although the song has a distinct direction it in someway remains slightly ambiguous and open to interpretation.

I like songs that shift the subject, making the position of the character somewhat unclear but also unrestrained. That was my aim for this track. The line ‘Catch Me On My Way Down’ initially came from nothing, somewhere deep within the subconscious. For a long time I treated the remaining lyrics in the same way; as something spontaneous and erratic. I found out pretty quickly that this was not an effective solution. I looked closely at the line and pulled it apart, then I began research, much like an academic essay. I soon discovered different religious and academic interpretations surrounding falling dreams; mostly as an extension of one’s insecurities and anxieties. This sparked the remaining lyrics in the track.

A battle between reaching heights and the inevitable falls that follow, the yearning for a saviour yet discovering your potential to save yourself, the contrast between the darkness and the light all the while walking the edge of the cliff, knowing your fall will come but not being able to do anything about.

You’ve had a pretty quiet year so far but it seems like you’re getting ready to gear up for some big things - what have you been up to over the last 12 months?

I’ve had some music finished for a little while now, but I’d say life has happened. Some adventures ,some learning along the way.

Rumour is this track is to come off your next EP - anything you can tell us about that?

It is the first single taken from a new EP. As I said, it has been finished for a little while now, but all will be revealed in the coming months, I assure you.

How's the rest of the year looking for River Blue?

I’ll continue on with the rest of the single release, setting up the release of said EP in the early months of 2019. Also preparing for a show on December 14 at The Gasometer. Other than that it’s just another day on the track.
Have a listen to 'Catch Me On My Way Down' above, and follow River Blue on Facebook to keep up with everything they have on the horizon.
riverblue.bandcamp.com
River Blue on Facebook
Photos by She Is Aphrodite