Skip to content
Music / Features
They Made Me Do It -
Talking Influences with AN GO
Words by James Lynch
Wednesday 30th September, 2020
Ahead of her upcoming augmented reality live session at Melbourne’s Colour Club, we caught up with avant-garde pop star AN GO to dig into what inspired her latest single ‘Entre Las Olas’.
A self-described “future spirit trapped in a fe-male human body”, AN GO feels like a new version of a pop star - still glitzy and alluring, yet all the more mythical and disorientating. I couldn’t quite figure out exactly where she’s from, or where in her growing back-catalogue the new single sits (it just dropped, yet is included on April’s DESPACIA I: Dolor EP). When her press release states “AN GO is more than a songwriter or a band, it's an otherworldly immersive experience”, it might not be hyperbolic. Instead, AN GO is a phenomenon in the making.

Blurring elements of art-pop and indie-rock, ‘Entre Las Olas’ expands around AN GO’s charismatic presence, her voice luring as the soundscape begins to swirl around her - first with rich guitar chimes before layers of sparkling synths emerge to glimmer in the peripheries. As the emotion amounts, so does the instrumentation, before the track finally erupts with a sprawling saxophone solo, that trills and warps ecstatically for the remaining two minutes.

On October 7th, AN GO will be streaming from Colour Club, presenting new variations of DESPACIA I: Dolor’s tracks. Far more than a usual live stream though, her performance will see her virtually adding new elements to the pre-existing venue space, bringing her immersive project to Melbourne and expanding on its interactive nature.

We’ve really got no idea what’s going to go down next week, but to learn a little more, we had AN GO invite us into her world by talking us through some of the key influences on her art.


Alejandro Jodorowsky
In Endless Poetry (movie) and Pshychomagic (book) I found permission to submerge into my surreal imaginations, dreams, memories, and prompted me to give them perceivable form. The poetry talk, the characters, the awkward absurd, the mystical stories, all reflected my own and enhanced my desire to deform what I see in real life to an alternative. Jodorowsky makes invitations to imagine or try things like dressing as a clown to go to work or the shop. Or saying yes to a stranger when they try to guess your nationality. All exercises to step out of the comfort of our identity, and welcome a playful attitude to our lives.


Juno Birch
All about feeling alien and confident at the same time. I'm a shy melancholic alien-y human. Juno Birch is a stunning alien diva. Her stunning existence is inspiring.


Ewi
Around when I was writing DESPACIA I, a friend showed me this video of Michael Brecker playing an Ewi solo. I was obsessed with breaking the norms of jazz, which I was studying and practicing at the time as a singer in traditional acoustic ensambles. So I wanted to give a funny sounding solo to ‘Entre Las Olas’, but it turned out nobody had a Ewi in my city so we ended up with this crazy sax solo by my jazz teacher Claudio Rubio, who completely made it explode.


Elliot Smith
An album that blew my mind off, recommended also by my jazz teacher. The melodies, arrangements, harmonic movements and the sad teenager vibe that somehow reminded me to Avril Lavigne (spent my most intense teenage rebel years listening to Under My Skin). I was listening to Figure 8 non stop some time before writing ‘Entre Las Olas’. I didn't think about it, but can notice the influence in the harmony.


Zen in the Art of Archery by Eugen Herrigel 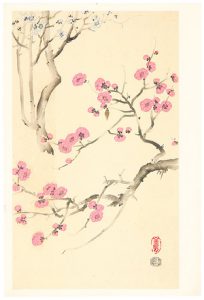 AN GO means path of peace and calm. Zazen is the practice that showed me a path of peace. I constantly get taken away from it by my crazy mind, but in breathing, seating, singing and imagining the death of a cherry blossom flower (quoting of the book), I return to a state of acceptance and calm, even for an instant. Choosing that instant constantly, would become a path of peace. The book, as far as I can explain it, is about shooting that instant.
AN GO will be live streaming from Colour Club next Wednesday, October 7th, from 8pm - tune in here. In the meantime, follow AN GO below.
angolovesyoudeeply.com
@angolovesyoudeeply
Photo by Paztri Vino