Skip to content
Music / Features
They Made Me Do It -
Talking Influences with On Diamond
Words by Lulu Spencer
Wednesday 30th September, 2020
Returning with their first new music since the release of their critically acclaimed self-titled album, we caught up with Melbourne quintet On Diamond to delve into ‘Candle’, their latest offering of intriguing and uneasy experimental-pop.
Since their naissance in 2016, On Diamond have become renowned for their mastery in creating evocative, genre-blurring music, a reputation that was well and truly cemented with their eponymous debut album last year. They’ve re-emerged this month with ‘Candle’, a powerful exploration into the depths of the human psyche and a much anticipated new taste that continues to push the boundaries of their sound.

A slowburn in the most fitting sense, ‘Candle’ spends its four minute runtime gradually unravelling, as On Diamond carefully balance the delicate and volatile sides of their sound to form the narrative’s emotional turbulence. After opening into a vast, atmospheric soundscape, the track soon becomes underpinned by a grounding bassline, its restless pulse anchoring the track as soft percussion and discordant harmonies emerge, furthering the track’s mystical atmosphere.

At the centre of the track is Lisa Salvo’s vocals, shining through the instrumentation with distinct clarity to capture the listener in the deeply introspective and emotional nature of the track. As ‘Candle’ advances, Lisa’s commanding presence remains a beacon of light while the soundscape transforms, momentarily suspending itself amidst swirls of clanging cymbals and distorted guitars, before finally erupting with a spellbinding crescendo.

To dig a little deeper into ‘Candle’, Lisa walked us through some of the key influences on the track.


Lisa Salvo: A truth candle is a magic candle fashioned by the mystics in The Forgotten Realms - a world in Dungeons and Dragons. It acts as a truth serum and all who fall under its power are compelled to tell the truth.

This song recalls a moment in my late teens when I learned a painful familial truth. It was extremely jarring but at the same time it revealed the root of a darkness I’d felt my entire life, which in a strange way brought a sense of relief.

The song is also a reflection on recognising the ugly, covered-up truths present in our society and how we decide to respond to and engage with these truths.


Blackstar - David Bowie
When I was working on the lyrics for 'Candle' I knew I had to listen to this song. I sat in bed with my headphones and as the song played I realised - the songs are both about candles. Bowie’s lyric being “in the villa of Ormen, stands a solitary candle.” (I used to think it was “in the villa of all men lies a solitary candle.”) Ormen is a village in Norway, meaning ‘serpent’ in Norwegian. I recently read a cool fan blog on the meaning of this lyric. According to the blogger, it connects to the Egyptian deity Apep who represents darkness and chaos and is depicted as a serpent. I found this on Wikipedia:

“Apep (/ˈæpɛp/ or /ˈɑːpɛp/; also spelled Apepi or Aapep) or Apophis (/ˈæpəfɪs/; Ancient Greek: Ἄποφις) was the ancient Egyptian deity who embodied chaos (ı͗zft in Egyptian) and was thus the opponent of light and Ma'at (order/truth).”

The theme of truth vs chaos is present in both Bowie’s song and our song, but extends to our collective consciousness, to ethics and to politics. 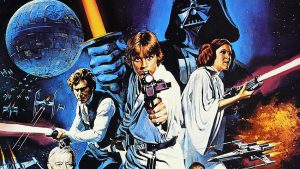 For me, the soundworld in ‘Candle’ is accompanied by visuals from Star Wars - spacecraft doors opening to glowing rooms, lightsabers.

I love Star Wars. I’m not a fanatic, but I love it - even some of the newer movies that copped bad reviews I love, because I get so into the story and the fantasy world. I think the message is really powerful too. The Rebellion (the good side) is weak in numbers compared to The Empire (the baddies), they have very limited resources, and in every mission it seems impossible that they can win. But they always succeed in the end. Good is stronger than evil, love is stronger than hate. They are committed to this ideal.


The Body Keeps the Score: Brain, Mind, and Body in the Healing of Trauma by Bessel van der Kolk 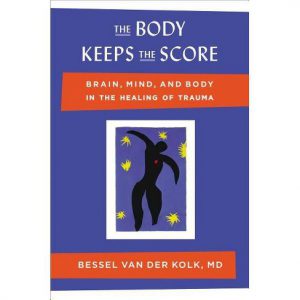 Two friends had recommended this book to me and I was reading it while writing the lyrics for 'Candle'. It looks at the psychological and physiological effects of trauma, sharing stories of trauma survivors and contemporary treatment methods. It’s been really helpful in confirming that my anxieties and struggles are “normal” and were in fact inevitable, and a timely reminder that there is hope to thrive beyond trauma.

First Australians - A seven part documentary series directed by Beck Cole and Rachel Perkins
This documentary series depicts the history of colonial Australia in its brutal attempt to wipe out and assimilate our Indigenous peoples. It takes us through various major events in different states/territories. The level of horror that has been perpetrated against our First Nations peoples across this vast land is both devastating, and a testament to their incredible strength, resilience and survival.

Naming this history is a crucial part of truth telling. Our First Nations Peoples are still suffering - their children are still being taken from them, police and legal systems are literally killing them, withholding justice, their land is still being destroyed. It’s going to take many of us standing with our First Nations Peoples as allies to make a change and to hold these actions to account. I am just learning, and I’m one of many people finally starting to listen to our First Peoples and to unpack our complicity in all of this. It’s all of our responsibility to do this.
'Candle' is available now in all the usual places.
ondiamond.net
@ondiamond
Photo by Laura Du Vè