Skip to content
Speed Dating
Speed Dating:
Loretta Miller, Melody Pool,
Emily Lubitz and Tamara & the Dreams
Saturday 7th November, 2020
Ahead of the online show this evening, we managed to squeeze in a quick date with four of the guest performing at Ladies Who Sing Leonard, a one-of-a-kind Leonard Cohen tribute event presented by FOJAM and Triple R.

The event is expected to be unlike any other - that both celebrates the enormous legacy of Leonard Cohen four years on, while inviting sixteen dynamic women to pay homage to the late great artist as they tangle his words and songs into the context of their own lives. Joining us today is Jazz Party’s Loretta Miller, Melody Pool, Emily Lubitz and Tamara Reichman of Tamara & the Dreams.

Where do we know you from?
Jazz Party, The Dusty Millers, Clairy Browne & The Bangin Rackettes, filling in for Grant Arthur at The Rooks Return, working the bar at The Caravan music club, singing in many shows and doing backing vocals on every second person's record hahaha. My taste is quite eclectic so I spread myself out.


What do you do with yourself?
A woman of leisure. Swim in the ocean (no matter how cold), cook, eat, drink and dance. Also lying about. I live for lazing around. I have a nickname “Lazy Lottie” for a reason… I really love movies, playing music with friends and being a show pony as often as possible… that is what I choose to do with myself if given the choice.


Best way to clock off after a long workday?
Go for a beautiful walk outside OR just take off your pants. Get them off at once!


What’s your method of cooking rice?
Whack it in the pot, one and a half cups of water to one cup of rice, bring to the boil, put a lid on and lower heat for 20. I if you aren’t lazy you can rinse and soak the rice and put a tea towel over the pot and tie it around the lid, if you rinse and soak the rice it reduces the cooking time but DON'T LIFT THE LID, for the love of god, until the time is up.


What was the last lie you told?
I’m pretty honest… probably when I’m acting like I know the person who’s talking to me who clearly knows me and my name and I’m sure we’ve met multiple times and shared conversations but I was either working, anxious or inebriated and my short term memory is not so great… very awkward... Happens too often… Not so much lying though, more like pretending?


What’s your perfect Sunday?
If I’ve done a Jazz Party monday night gig, then my Sunday is on Tuesday. On those days I sleep as long as I can, eat whatever I want which usually involves Pho or noodles at some point - HEALING BROTH, hallelujah. Lie on my couch in the sun. Cups of tea with my friends. If it’s raining, stay in bed forever and then cook bolognese... this is all relating to hangovers though… hahaha 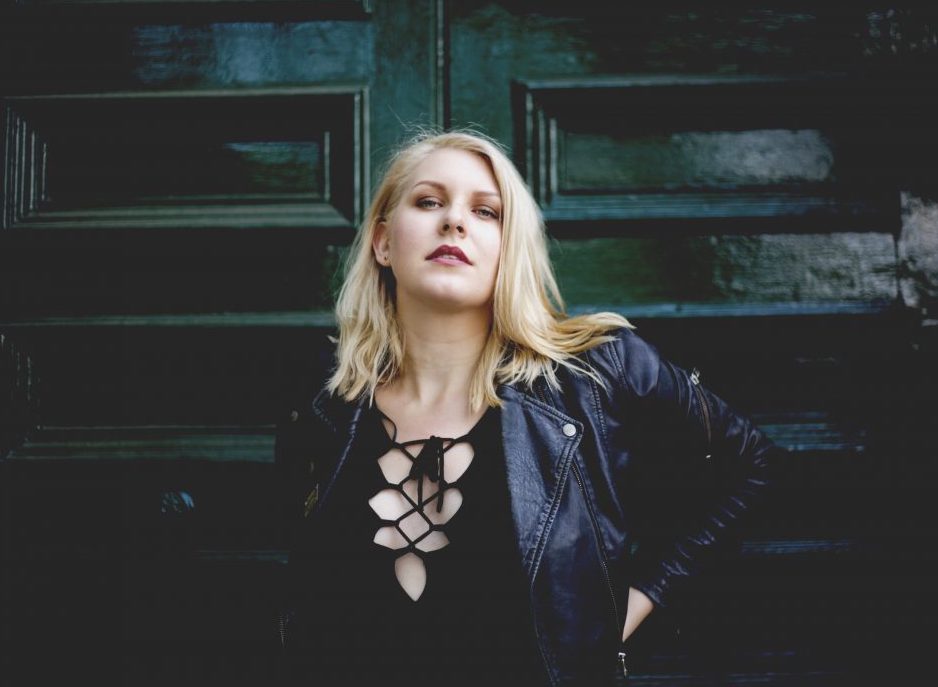 
What do you do with yourself?
Music-wise I write songs, play guitar and sing. I’m also learning piano at the moment. Day to day life, I am in my garden a lot, I take my dog for walks around the farm my boyfriend and I live on, I try and write (not just songs - poems, rants, anything), and I love cooking and kitchen witchery in general.


Sell us something.
The best thing you’ll ever own is your brain, so learn how to use it. Like literally, LEARN how your brain makes connections. Hack your own mind. It’s better than any product.


Can you give some advice to someone picking up an instrument for the first time?
See above! Learn how your brain likes to learn. My brain bounces around constantly, so if I’m practising piano, I will switch exercises regularly so I stay engaged, and I’ll try and play a few songs in between so I don’t get bored with just exercises. Also, there’s a lot to be said for how a kid learns too. A kid doesn’t give up when they can’t get something right. They’re kinda used to not being immediately great at everything they try, unlike adults. We tend to want to be great NOW and if we’re not, we give up. Feel liberated in being able to learn something with complete freedom or no pressure to be great at it.


What’s your take on self-driving cars?
On one hand I think - “sign me up - I’m sick of driving!” but on the other hand, I think “has nobody seen Westworld?”


What’s your perfect Sunday?
Lazy morning (no exercise), coffee in bed, pottering around the house and garden, eating delicious food and maybe going for a swim.

Where do we know you from?
Maybe my band Tinpan Orange, maybe the school choir, maybe the song I sang about train safety about ten years ago.


What do you do with yourself?
I spend most of my time writing, recording, creating art, drinking coffee, organising events, teaching violin/viola and performing.


If you had to include a cover in your set for the rest of your life, what would it be?
'You’re Still The One' - Shania Twain.


Does anything make you happy and sad at the same time?
The passing of time. And the internet.


If you could be part of any subculture, which would you pick?
Amish or Beatniks.


What’s your perfect Sunday?
A swim in the ocean, a walk up my hill, a quiet evening at home with the kids outside as the sun sets and the birds get loud. Maybe a glass of scotch somewhere in there too.

Where do we know you from?
You may know me from the chaotic twitter account 'tamara & the memes' and also the band tamara & the dreams.


What do you do with yourself?
Ride my bike to Coles, run whimsically into the ocean and write poems on my notes app (not at the same time).


Have you ever had a crush on a cartoon character before?
The top three would have to be Brian Griffin, Groundskeeper Willie, and the sexy vampire TV host from The Simpsons.


What track will you unquestionably get down to whenever it comes on?
'Old Town Road' remixes.


What’s your perfect Sunday?
Spending four hours at Camberwell Market buying other people's secondhand junk, then having lunch at Lentil As Anything in Abbotsford and falling asleep on the grass, then coming home and watching a steamy French period drama while eating vegan laksa.