Skip to content
Music / Features
They Made Me Do It -
Talking Influences with romæo
Words by Helena Bluett
Friday 17th September, 2021
Fresh off the release of her latest serving of idiosyncratic art-pop ‘fall’, we caught up with emerging songwriter and producer romæo to dig into some of the key influences that lead to the creation of her electrifying new single.
It’s been a busy few years for NSW art-pop mastermind romæo - after emerging in late 2019 onto the Eora/Sydney scene with her debut EP monologue, she’s spent the following 18 months serving up a string of singles, scoring radioplay across the country and captivating fans with her blend of enigmatic synth-pop textures and surrealist electronics. Following on from her evocative and carefully constructed track ‘mourning’, her latest single ‘fall’ is perhaps her most thought-provoking track yet.

Immediately captivating, ‘fall’ opens with romæo’s angelic vocals cutting through the brooding instrumentation, and we’re on the edge of our seat as she tells us she’s “poised for the kill”. There’s a powerful juxtaposition between the ticking clock-like rhythm and romæo’s sweet virtuous voice, but with her defined and passionate lyrics, we’re easily entranced as the soundscape expands.

Although the instrumentation behind her is powerful and lean, romæo’s voice is quite melancholic, as she sings about the constant state of despair on women’s transgressions and challenges throughout history. However, there’s an undeniable sense of strength in the track - as the chorus bursts open, tight harmonies emerge to wrap around romæo’s lead vocals, and moments later when she serves up a woahed hook against a tangle of synths and guitar riffs, there’s a sense of sirens or warning alarms, like when an emergency service speeds through traffic. The chorus rings in the ears and the message is heard.

The mood shifts at the bridge, the instrumentation pulling back to place romæo’s voice at the centre of our focus, and the notes of her melody leap and drop, emphasising the idea of falling while also drawing on her Renaissance influences. Not to mention the use of delay in the bridge, which produces a swirling, ripple motion that blurs and echos the lyrics like voices in the mind. By the time the track darts back into one more electrifying chorus, ‘fall’ sounds more intense than ever, and with romæo’s vocals continuing to overlap and wrap around each other as the song fades away, we’re left to think of the long and riddled history of women from the beginnings of time to the present day.

To help us get to know the track a little better, we spoke with romæo who guided us through some of her major influences when creating ‘fall’.


Temptation of Adam and Eve, by Masolino da Panicale 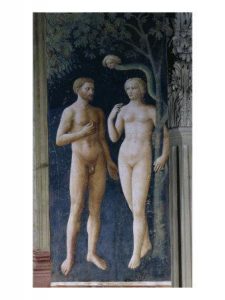 Often when I’m working with more conceptual tracks, I like to pair the abstract ideas with a painting, to kind-of ground the narrative and give me a more emotive place to start from. Temptation of Adam and Eve is a gorgeous fresco capturing the moment the serpent tempted and damned Eve. The serpent has a woman’s head in this work, which initially took me aback. However, after some research it appears that the serpent was often traditionally portrayed as a woman, which basically doubles the “female responsibility” for the Original Sin. This basically inspired my chorus, The Fall is and always has been on the woman.


The Beauty Myth, by Naomi Wolf 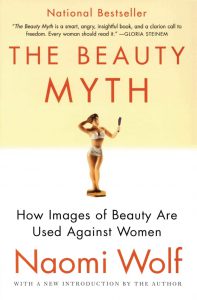 The Beauty Myth is a classic feminist text. It basically explores how beauty has been used as a tool to oppress woman - by distracting her, costing her, and determining her social/economic/political value. Wolf explains how the ever-changing beauty standards conveniently consistently undermine a woman’s worth and ensure she is never ‘enough’. I really urge everyone to read this text, or at least dabble in a few chapters. Our desire for beauty will never be satiated.


Dorian Electra - ‘Adam & Steve’
I am obsessed with Dorian Electra. Their album Flamboyant is just hit after hit. Moreover, Electra’s visuals are always amazing. I can only hope to one day make music videos as outrageous as theirs. ‘Adam & Steve’ is wonderfully dramatic, existential and addictive. Like ‘fall’, this track contemplates Creation, The Fall and mankind’s damnation, but moreso from a queer perspective; “cast into darkness, they would be damned / for being a man holding hands”. Dorian Electra actually frequently pays homage to classical western music traditions, using harpsichord-like sounds and chorale-type vocal arrangement - and it just works so perfectly in this track.


The Australia-Post Fiasco (and other media)

The blame being on the woman is obviously not a new realisation - we’ve known it for a long time. An affair is the fault of the other woman. A raucous man is the fault of his wife not disciplining him. The treatment of Christine Holgate, by both the parliament and the media, was sexist. I don’t have a strong opinion on the watches themselves - big corporations reward staff all the time - and 20k of supposedly taxpayer’s money is nothing compared to the amount of money the government wastes every year. The fact is, we all know Holgate would not have been treated the same way if she was a he. And this applies to any number of vilified women. I guess I just hope ‘fall’ gets people thinking about where the real fault lies, and why we are so keen to point the finger at an individual in the first place.
'fall' is out now in all the usual places.
romaeo.bandcamp.com
@romaeobeats
Photo by Natasha Killeen