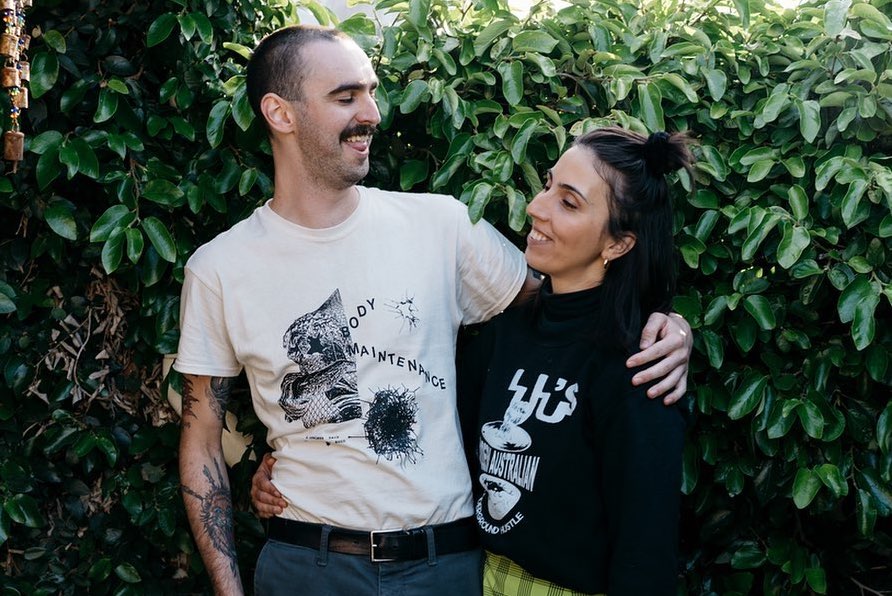 In October last year, Melbourne punk diehard and generally loveliest guy around Nathan Ashworth sadly passed away from stage four glioblastoma. To celebrate his life, his community and the music he loved, Nath’s wife Bella Kranjec (who you might recognise as the vocalist of Shove) and Rack Off Records are presenting NO EXCUSES in his honour; a massive arvo/evening show at the Thornbury Bowls Club this Sunday, featuring some of Melbourne’s best underground bands with all funds going to the Cure Brain Cancer foundation.

Ahead of the show this weekend, we had a chat with Bella about Nath, the importance of community and what "no excuses" really means. 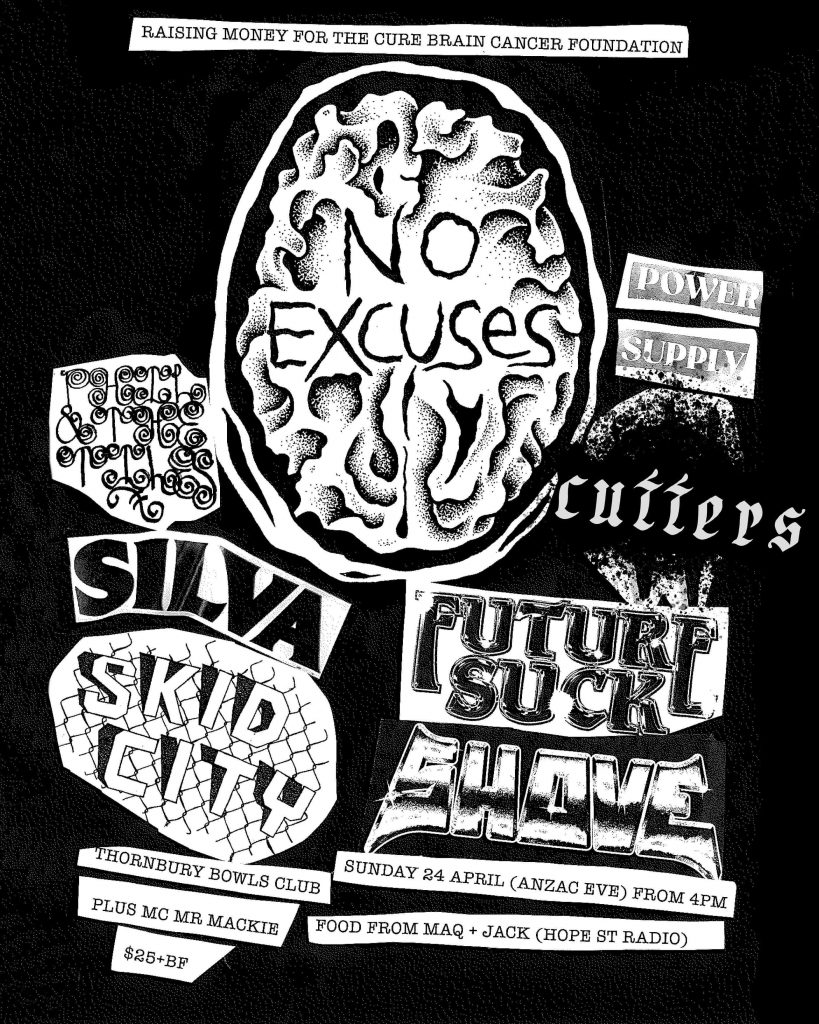 TJ: Hey Bella, how’s it going? Could you tell us a bit about NO EXCUSES, and why the show holds so much importance to you?

BK: Hello! I'm ok. A little tired after some late night karaoke but I'll cop that. NO EXCUSES is a show that myself, Iso and and Grace from Rack Off Records are organising to raise money for the Cure Brain Cancer foundation. My husband, Nathan Ashworth passed away last October from stage four glioblastoma and I’ve really been wanting to do something in his honour. Remember him, have a ripper time and raise some much needed funds for brain cancer research.

The show feels like a very fitting tribute to Nath, considering how much energy he poured into this music scene. How does it feel seeing so many great bands and friends coming together like this in honour of him? And how do you think Nath might feel seeing this come together?

Oh, it’s huge. Nath would be beside himself. Like you said, he bloody loved live music and would’ve thought this was the best thing ever. I think he would’ve been astounded that people were doing something like this for him, he was very humble. Good heart. I think he would’ve been proud of me - he was always so supportive of everything I did. That’s why it’s so important to me. Do something for him and make him proud. It’s what I do every day. I wake up for him, I go to the gym for him, and look after our dog. It’s all for him - to keep his legacy burning and to live for myself and for him, now that he won’t have the chance. That’s what keeps me going and has driven this show. 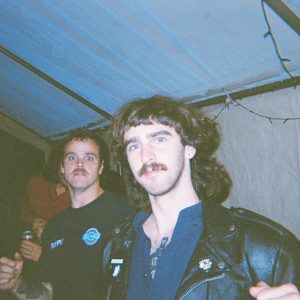 The show also highlights how supportive this community really is - you’re hosting the gig alongside your label Rack Off Records, and you’ve also got SpiderXDeath and Maq and Jack from Hope St Radio involved. What does this community mean to you?

Everything. I couldn’t have gotten through the last 18 months without these people and everyone around me. Everyone who’s reached out, dealt with me not replying for weeks, breakdowns, highs, lows. It means the world to have these people in my life and Nath would be saying the same. Having everyone help make this vision a reality has been amazing too, there is no way I could've done it without them. Eternally grateful.

We can’t ignore how stacked this lineup is - from top to bottom, it’s pretty unstoppable. Any acts we can’t miss?

Literally everyone. I'm so damn excited for this show. Power Supply, long term players and legends, so solid. Relative newcomers Silva and Phil and The Tiles have been generating some much deserved hype for their shows, Swab* and Future Suck slated to release some ripper new music in the coming months and also live favourites. Skid City just released a couple of huge new singles and have an LP coming out soon so undoubtedly going to smash it and then Shove. I’m very honoured to be in a band with those guys. They’ve also been so supportive and I can't wait to finally get stuck into the band this year and record and play loads without COVID and cancer hanging over my head. What a concept! Physical and emotional freedom (almost, on good days, take it as it comes.) Hey, it’s a work in progress, right?

*edit: Swab have since been replaced by Cutters

What’s the significance of the title “No Excuses” for the show?

Nath was an avid cyclist and throughout his cancer treatment, right up until his body wouldn’t let him, he’d be out riding 200k a week. And working, and doing PT. He’d always say that there were “no excuses”, which by the way there are and cancer is most definitely one of them. Nonetheless, he was in the process of making a sticker to stick on his bike of his original brain scan with the words “no excuses” under it. I wanted to finish it off for him and was lucky to have our mate Spider help out. We’ve also got tees and badges featuring the logo that we’ll be slinging to raise more cash for Cure Brain Cancer. 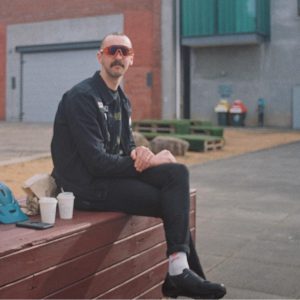 We know it’s going to be an emotional but really special day. Is there anything you’re most looking forward to? And is there anything punters should expect coming along?

Yeah, you’re right. I'm going to try my best to keep it together. I think I will, it’ll probably all come out the next day and I'll be a basket case. I'm looking forward to seeing everyone, coming together for a good cause. Celebrating life and celebrating Nath. Just a good bloody day! What better way to spend the arvo/evening before a public holiday? Good music, mates, food, fundraising with rock’n’roll. We gotta do more of it, hey?
NO EXCUSES goes down this Sunday, April 24th, at the Thornbury Bowls Club, featuring Shove, Future Suck, Power Supply, Skid City, Phil & The Tiles, Silva and Cutters. Tickets are available here, with money raised going to the Cure Brain Cancer foundation. Head here to donate further.
NO EXCUSES Event Page
Poster by SpiderXDeath