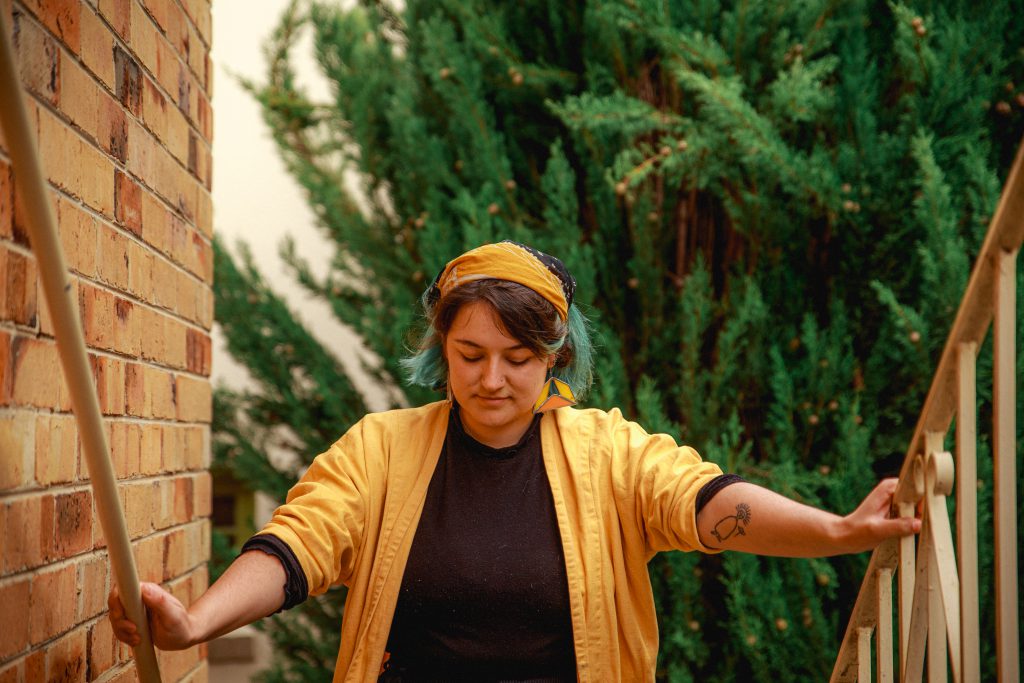 A second taste of the forthcoming debut album Duty of Care from local songwriter Isobel Caldwell, ‘Across the Hill’ comes as a serving of wistful folk, its fanciful tinges anchored by her alluring, contemplative songwriting.
Following on from the release of ‘Tiger Stripes’ last month, Isobel Caldwell is back with ‘Across The Hill’, another dose of her serene yet incisive indie-folk. This new track is a little more quaint that its predecessor, with a tender finger-picked acoustic guitar leading the track’s rambling pulse, while Izzy’s stark vocals twirl delicately over the song, as if on a tight rope. Like ‘Tiger Stripes’, the track takes its time blossoming open, with gleaming synthesizers and a hearty double bass; however these added layers cleverly resist the urge to overwhelm the soundscape, with Izzy’s soft melody and direct lyrics instead keeping the track buoyant until its fleeting moments.

Discussing the track, Isobel shares, “I wrote this song before I really understood the full weight of it. Listening back on it in the years since, it feels like recognising the importance of gut instinct. Sometimes we know exactly what we are going through in our core, but can't seem to see the reality until a bit further down the line. This song to me is caring, loneliness, and romanticising non-reciprocity. So often, we can see all the beautiful and tender parts of a person, and don't stop to ask ourselves if they honour those parts of us too, in the ways we need. I don't think I was fully conscious of how disconnected I felt until long after this song was written, but now see it as an important realisation that leads towards putting energy where it is better spent.”
'Across The Hill' is out everywhere today, ahead of the release of Isobel's forthcoming debut album Duty of Care.
isobelcaldwell.bandcamp.com
@isobelcaldwell_
Photo by Elizabeth Nazz