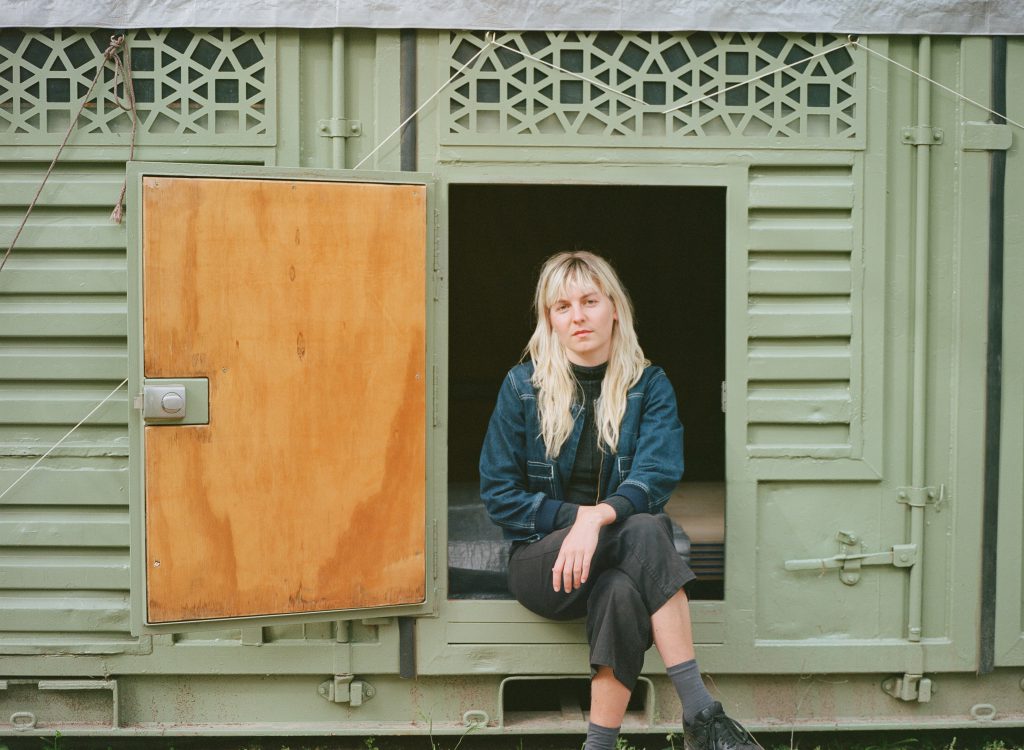 Today Melbourne composer Lena Douglas has shared an enthralling new film clip for her stunning instrumental track ‘Esb’, that adds an immersive visual element to the serene sonic rush that makes up her debut solo album Friends of the Future.
If you’ve been paying attention, you might recognise Lena Douglas from a number of Melbourne based projects over the past few years - namely idiosyncratic pop group Tetrahedra, art-rock band Tulalah or as the co-founder of Yowo Music. However, more recently she’s been crafting music under her own name, culminating in the release of her debut album Friends of the Future last May.

Across the album, we hear Lena flirting with a handful of styles, from gentle soundscapes, to rich jazz, to warm folk-pop, which makes the listen more cinematic than it is ambient. However ‘Esb’ plays as one of the release’s more serene moments. Entirely instrumental and established around a wave of piano arpeggios, the track expands fluidly, the momentum building until we’re soon fully immersed in a tangle of lilting piano, buttery trumpet and intricate, swirling melody.

The new clip, created by filmmaker Harry Quinlan, explores the realness and beauty of everyday life, making for a truly compelling viewing experience that may coax many Melbourne locals to re-examine their hometown. Inspired after listening to the track on his tram ride, Harry explains “as the music crescendoed the tram moved forward and revealed dancing lights on the Regent Theatre marquee. In that moment it struck me how seemingly random things rushing past can be given profound meaning by music.” The pair fully committed to this idea, a concept that wasn’t totally new to Lena as she shares “someone else also told me that listening to my music made ordinary mundane life feel beautiful, so Harry and I agreed that creating this feeling was our mission for the clip too.”

The final result is a visual whirlwind that unravels as gracefully as the track itself. Harry continues, “you are taking the everyday but treating it reverentially. You are asking people to pay attention to the things they see, to wake up and realise that beauty is all around them”.
Friends of the Future is out now - head here to listen in full.
lenadouglas.com
@lena.d.douglas
Video by Harry Quinlan