Skip to content
Music / Premieres
Video Premiere:
UFO Go - Monsters (Remix)
Words by James Lynch
Thursday 20th June, 2019
Melbourne alt-pop group UFO Go are back with the first taste of their next release, a remix EP that reinvents the sounds heard on last year’s debut album nottoogoodthanks. Today we have the pleasure of premiering ’Monsters’, a reworking that transforms the original into a blast of unearthly electronica, with a new clip that adds an extra layer of eeriness to the track with its freaked-out visuals.
Its been just over a year since we last heard from self-described “inter-dimensional space exploration corporation and alternative rock band” UFO Go, but they’re back today to announce From The Other Dimension, a self-produced EP of remixed tracks (plus one new instrumental), to tide us over while they continuing gearing up for their next full release.

Hitting hard with slabs of visceral synth, eerie arpeggiators and a pounding backbeat, the new version of ‘Monsters’ is a striking transformation. While the original flirted between cinematic pop and explosive alt-rock, the remix plays like a fiery dancefloor starter crossed with horror-movie soundtrack - at times uncanny and atmospheric, and others intensely forceful. Pinned down by an unnerving groove, Mike’s supernatural vocals tear through the mix as the layers of synths convulse and warp, eventually erupting into a frenzied electronic freakout, before UFO Go rocket into one more ominous chorus to send the track out.

The brand new clip, created by Mike himself, takes the track’s dark themes and turns them up a few extra notches, with its illusive visuals and glitchy effects. Speaking with Mike, he offers “the ‘Monsters’ video is a bit of a mishmash pastiche of classic Nosferatu-eseque gothic horror, digital effects, and performance. The new version of the song is pretty similar in sound to the rest of the EP, a very electronic pop take on one of our favourite of our songs. The full EP will release on July 19, with the new instrumental ‘The Annals of Success’ coming shortly before that." 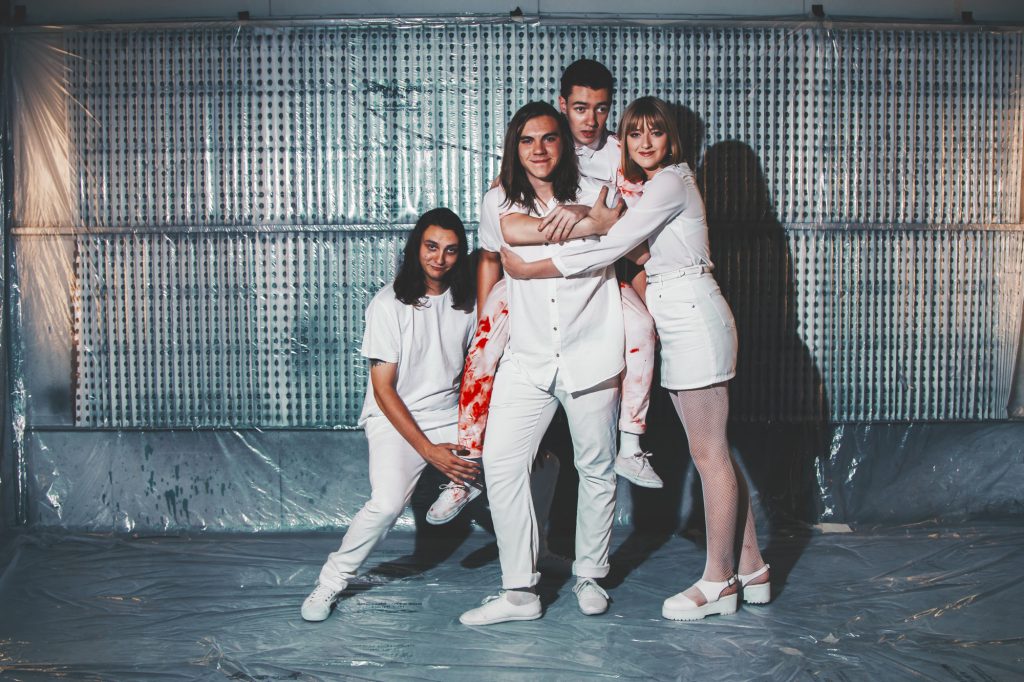 Check out the clip for 'Monsters’ above, and head to UFO Go's Facebook page to find out where you can catch them next.
ufogo.bandcamp.com
UFO Go on Facebook